Most counties have a traditional county fair, but ours does it a little differently as they bill it the Farm and Home Show. But it’s on the 77th annual rendition, and as always they promised a whale of a time. 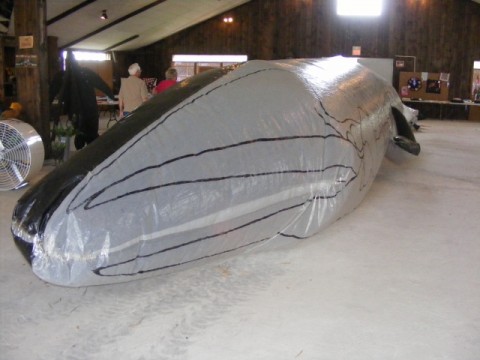 Actually, this 70′ long whale replica came from the National Aquarium in Baltimore. Not to be outdone in the aquatic wars, the Phillips Wharf Environmental Center brought out their Fishmobile. 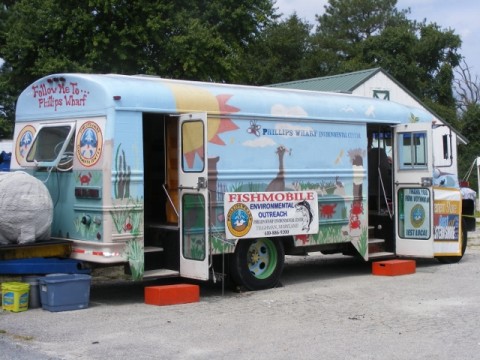 Somewhat more on the exotic side were these alpacas, which are raised locally for their wool. They are not camera-shy, either. 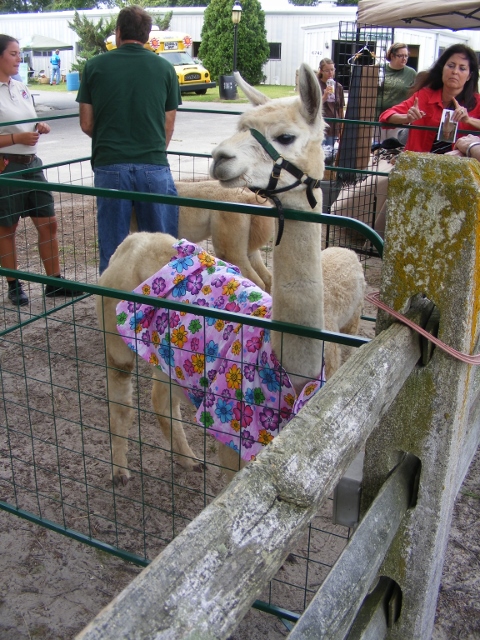 Yet while all three had their patrons, the WFHS still had its bread and butter of more mainstream, rural attractions, like this mechanical bull. 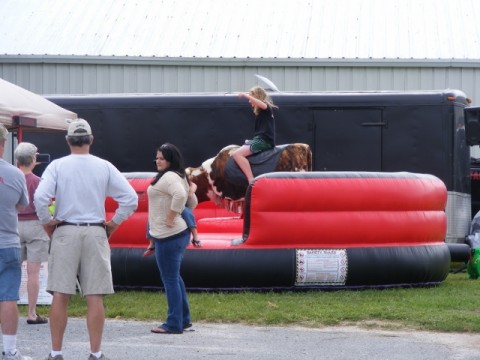 This was accompanied by a somewhat obnoxious huckster who probably made his money off the photos he was selling for $5 a pop. Nice work if you can get it, I suppose.

But much more work went into the exhibits which were spread throughout the Farm and Home Show’s exhibit hall and show areas outside. Whether it was produce… 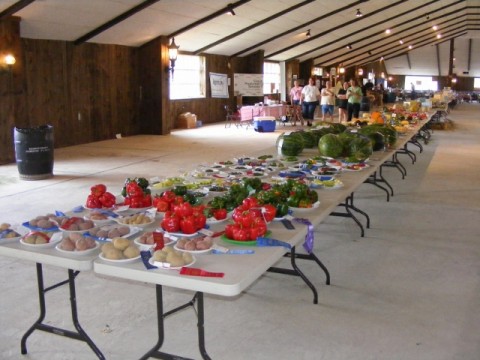 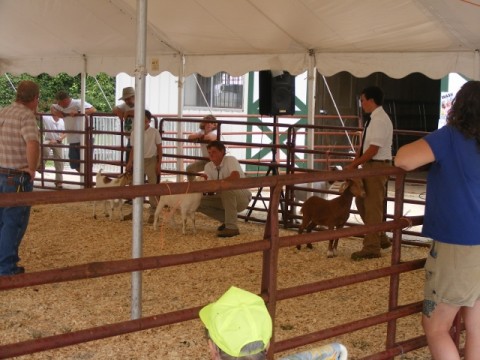 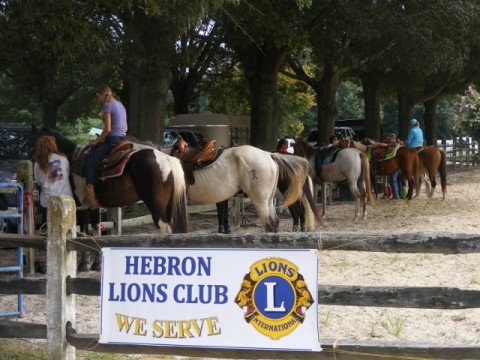 …dozens of youth and adult participants competed for the elusive blue ribbons and best of show designations. And it wasn’t just in those categories – photography holds a special place in my heart as well. 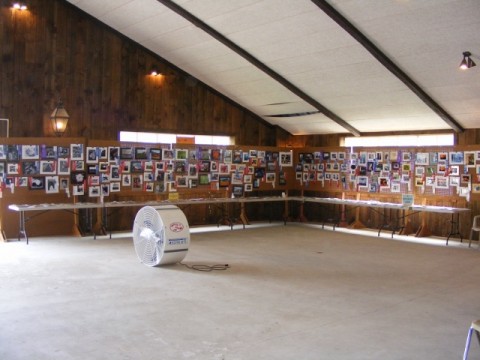 You likely can’t see it on the left, but one of my fiance Kim’s pictures is there with a blue ribbon on it, denoting it won its subcategory. On the right is one of her daughter’s photos, with not just a blue ribbon for subcategory but a purple one denoting “Best of Show” out of the entire junior division.

I also happen to know the woman who swept the adult “Best of Show” divisions, and it was no surprise Francie Davis won those because she’s won at the Delaware State Fair before. I’ve seen her work there and she’s quite good.

Yet there were other competitions held at the Farm and Home Show. Over the course of Saturday afternoon the antique tractor pull pitted man and machine against weight and mean old Mr. Gravity. 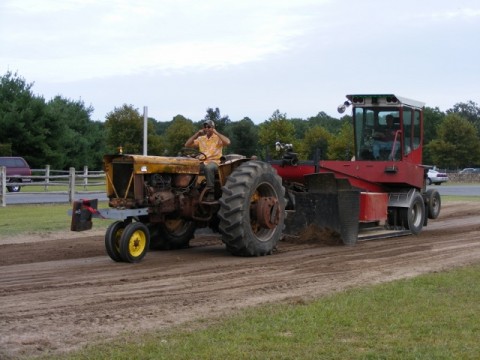 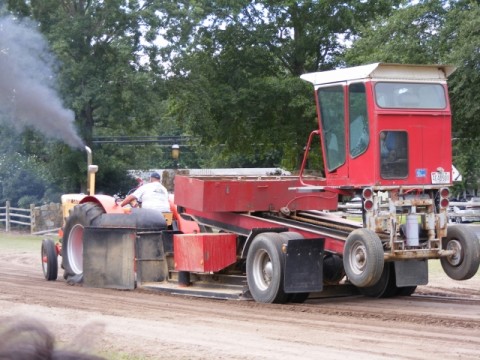 If you liked smoky and noisy, that was the event for you. And the kids even got to join in the fun – with pedal power, of course. 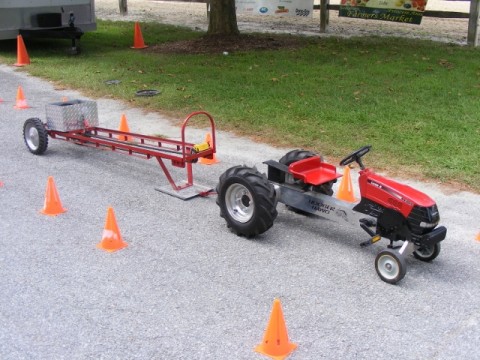 This big kid likes to see cars which were around when he was a little one – yes, I am a sucker for a car show.

This old Ford Fairlane was fascinating with its retractable hardtop. Not sure I’d be a big fan of what would then be a trunkless car, which is probably why the concept never caught on. 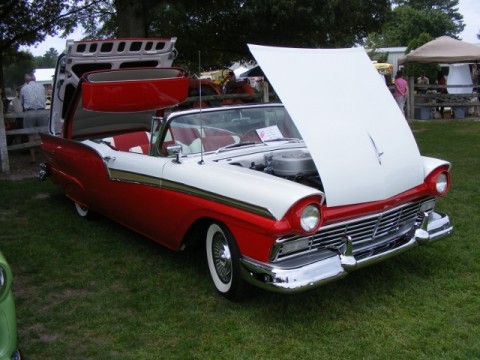 But I do like the more exotic models – not necessarily the 1950s-era Bentley someone brought, but this old Nash Rambler. 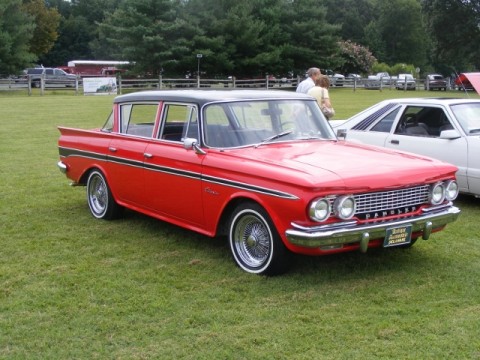 I’m of an age where I remember a dashboard full of doodads like this one. 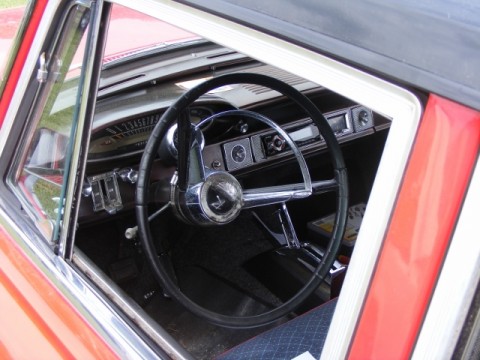 And there’s other interesting detail as well. How did we survive with these bumpers? 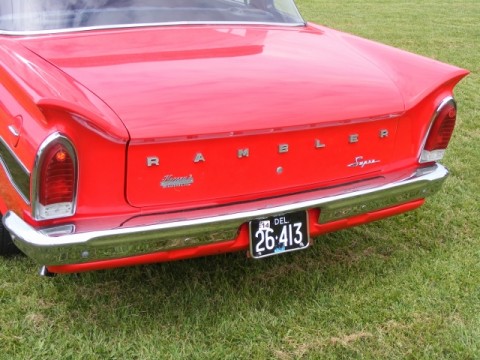 I’d be curious to know where this was in Millsboro. This dealership has probably been out of existence for forty years or more, but lives on with the nameplate. 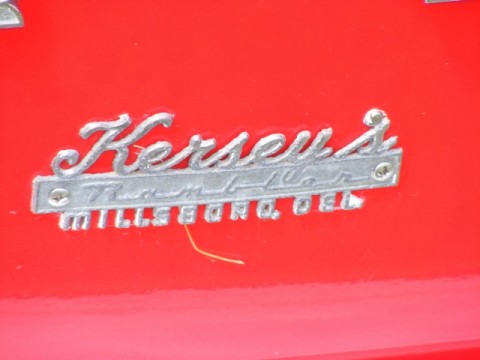 There were also people hawking their wares. One of the more interesting people I ran across was E. Dee Monnen, who is an author and one-time president of our Wicomico County Republican Club. So what does she mainly write on? Old-time baseball. 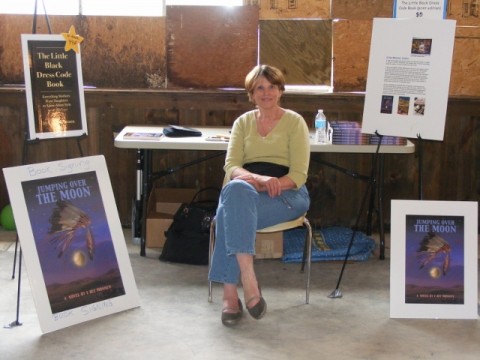 As I found out, her interest in the sport came from her grandfather. He was a contemporary of the legendary Washington Senators pitcher Walter Johnson and was, in fact, his first mound opponent, she claimed.

Of course, I was there to handle the Republican table at the event. Muir Boda took my pic there, with longtime volunteer Bob Miller on the far left (a rarity.) 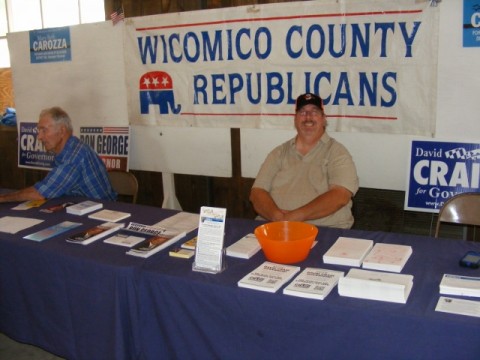 Apparently, though, I missed out on many of the politicians who dropped in. While I saw County Council members Joe Holloway and Bob Culver in my rounds today, apparently Delegate Jeannie Haddaway-Riccio, Delegate candidate Mary Beth Carozza, and Delegate Charles Otto were supporters of the auction they held Friday night and Delegate Ron George dropped by yesterday to say hello and drop off some “Ron George for Governor” yard signs (which, by the way, are in my possession at the moment.)

I also saw this worst-kept secret made official. 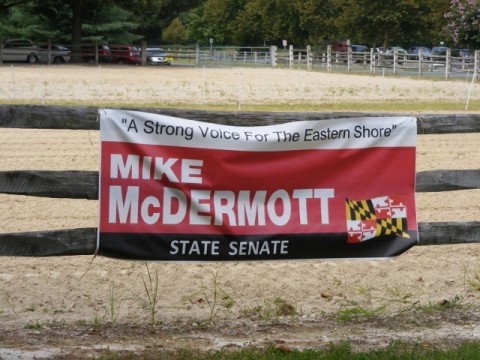 Looks like Jim Mathias has a fight on his hands.

But as another Wicomico Farm and Home Show went into the books, one has to ponder if it’s going the way of these tractors: old and functional, but symbols of another time passed by. 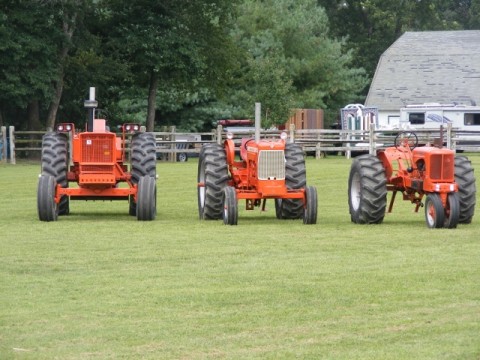 I saw quite a few kids there, but many more gray hairs. If the WFHS is to survive, I think it needs to find some more items to cater to a younger crowd. It’s most likely the Wicomico GOP will remain there as supporters, but they truly need to figure out a way to increase attendance. There’s no admission fee so no one really counts the patrons, but if there were 500 people on the grounds at any one time (including workers and help) I would be surprised.

Maybe it’s time for a fresh approach. If antique tractors and cars can be made into works of art, so can this event.

Update: Speaking of antique tractors, I wanted to point out one more thing and it actually works into the theme with which I concluded. 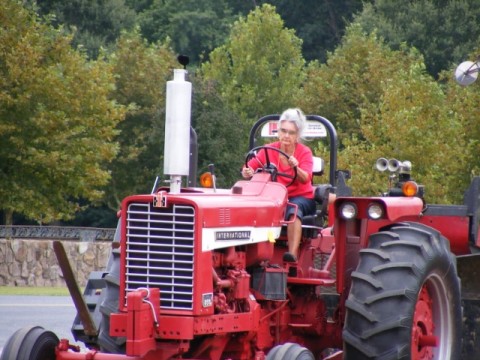 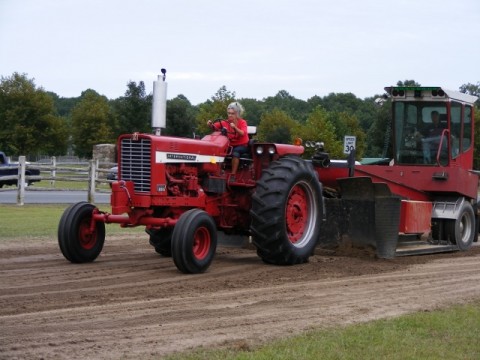 I don’t know the woman personally, but being in the farming environment I’m sure Katie Howard has earned every one of her gray hairs. Yet that didn’t stop her from getting off the sidelines and trying her first “hook” as a tractor puller.

She didn’t win her class, but she pulled it a respectable distance – more than some of the others pulled. A little more speed and she would have done even better; of course, that knowledge comes from experience and she could be better next time around.

It’s that combination of experience and willingness to try something new which often leads to success, and it’s a lesson for the WHFS to learn for the 78th rendition next year.