It may be a little over the top, but if radio host and writer Erick Erickson wanted some attention he got it. 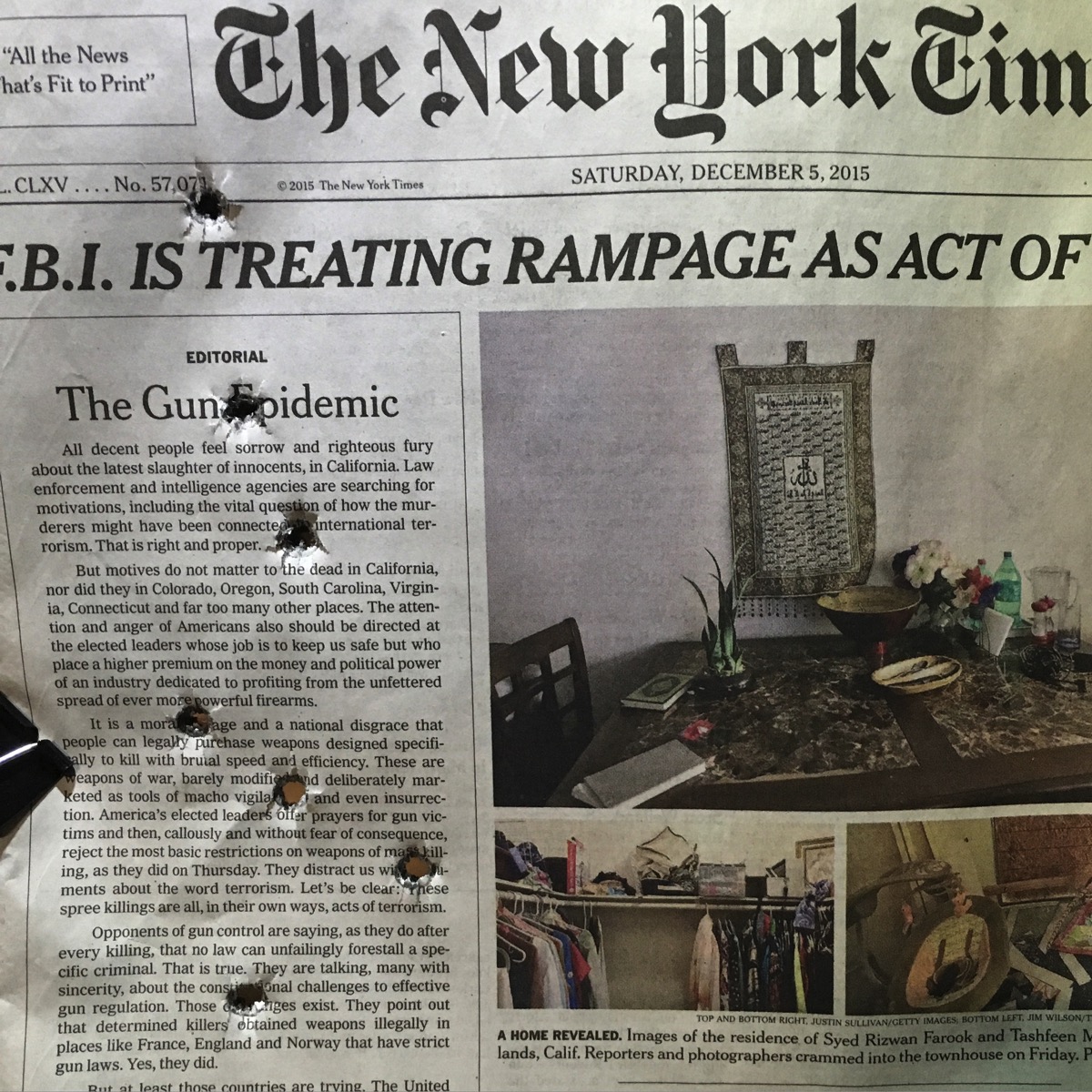 It should be striking to every American citizen that the New York Times believes the nation should have unfettered abortion rights, a right not made explicit in the Constitution, but can have the Second Amendment right curtailed at will though it is explicitly in the Constitution.

Again, we have suffered the worst terrorist attack in more than a decade and the New York Times believes now we must have our rights taken away as a response to terrorism.

While it’s not as blatant as another New York paper that screamed that God isn’t fixing this, the same leftist philosophy applies. The idea behind being armed is that of self-defense, and slapping up a sign that makes some place a “gun-free zone” simply means those inside are ripe for the taking. Surely the San Bernardino shooters were aware that it was unlikely any of their victims would be armed, making their firepower more imposing. Had they chosen to, they could have massacred many more in the building beginning at the lobby (the shooting scene was actually a second-floor conference room.)

I will not claim an armed resistance among the group would have eliminated casualties, just like having armed resistance in Paris may or may not have saved dozens of lives. In the chaos of such a situation, innocent people would likely have died in a crossfire. But these “lone wolf” terrorists only seem to hit soft targets where they can reasonably figure everyone is unarmed – you wouldn’t see them raid a police station because their odds of survival long enough to kill multiple police officers in exchange for their lives would be relatively slim. As the San Bernardino pair found out in their final seconds, they can’t outgun a gauntlet of officers who fired almost 400 shots into their rented vehicle.

So the only thing I have to say about Erickson’s little stunt is that his grouping could have been somewhat better. Otherwise, he is right on target.