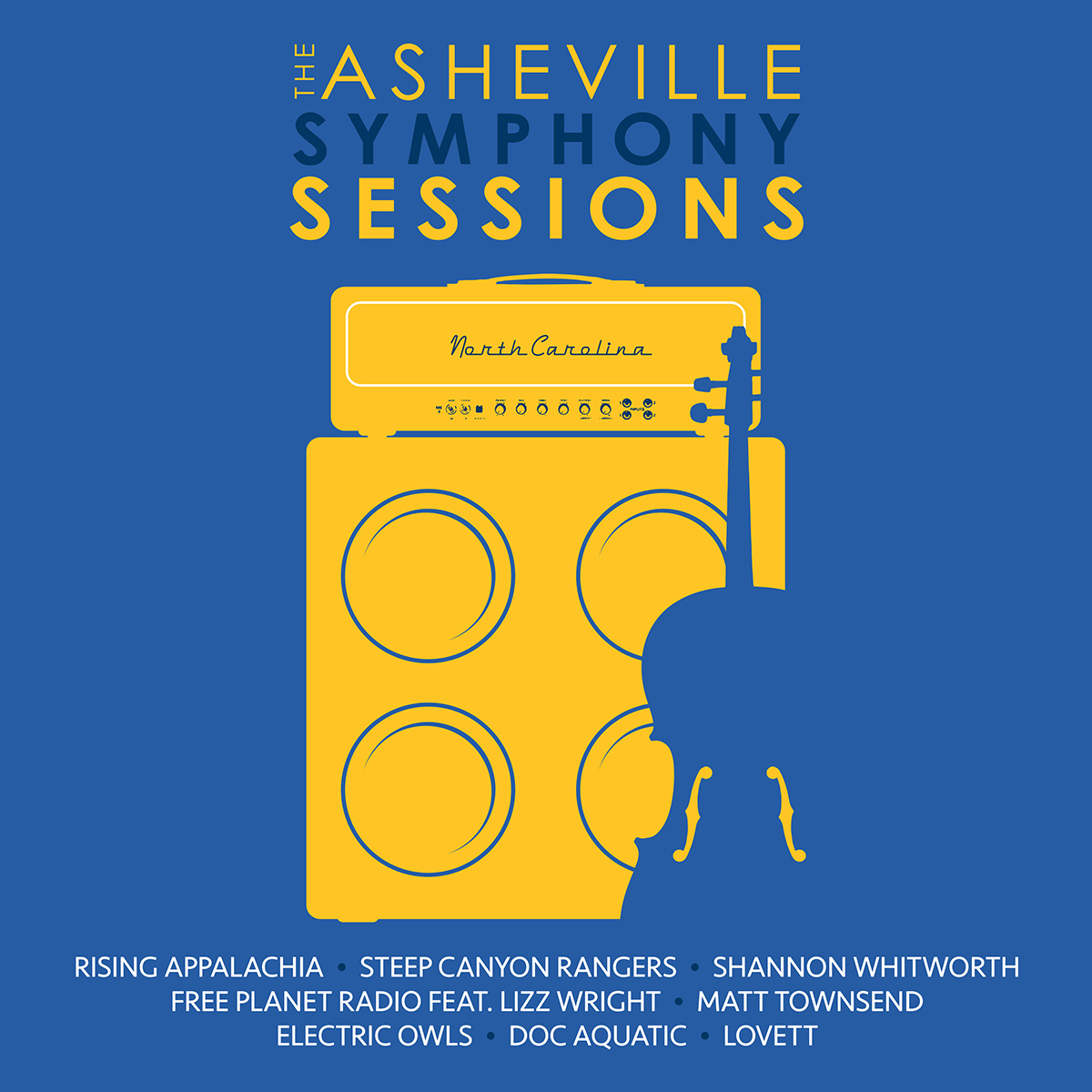 For decades it’s been rare to see symphonic music on the mainstream record charts, and as a genre classical music has been banished to isolated corners of the radio dial, such as public radio. But at the same time purveyors of popular music have seen the need to “legitimize” themselves as artists by collaborating with classical ensembles: two prime examples are the Moody Blues 1967 album “Days of Future Passed” (which spawned the single Tuesday Afternoon), and two decades later Metallica’s performance of many of their most popular songs to that point with the San Francisco Symphony, recorded live and released as the album “S + M” in 1999.

The concept behind the Asheville Symphony Sessions wasn’t precisely the same, though. Instead, it was more of a collaboration between a wide variety of artists spanning a number of genres with a musical ensemble that has performed in that region of North Carolina since 1960. In some respects, it was a very glorified jam session as some of the bands took previously released songs and others made new music for the occasion.

Perhaps the most famous of these groups in their own right is Steep Canyon Rangers, a Grammy-winning group that’s also known for backing comedian (and banjoist) Steve Martin in his musical exploits. They contributed the already-haunting song Blue Velvet Rain, with the orchestra actually smoothing some of the rougher edges of it.

On the other hand, the song For Now, We Are by Matt Townsend sounds like something he envisioned from the start, as if it was just natural that the mood of the song needed the touch of the ASO to succeed. I realized after looking into this that I have previously reviewed an album Matt did with his band as one of the first few reviews I did. He still has the distinctive voice but has further perfected the craft of writing to it.

The artists determined how much of an effect the various ensembles had on their music. In some cases, such as the songs No Expectations by soulful singer Shannon Whitworth or the world music beat of Circle Round The Flame from Free Planet Radio (featuring singer Lizz Wright), a light touch was all that was really needed. The melody the ASO provided for the Doc Aquatic song Last Monday also made that song better. Yet to me where the collaboration really shone was on two tracks: a solid alternative tune called Pontiac from the Electric Owls and this almost Beatle-like track from Lovett called Don’t Freak Out.

The video also gives an idea of just what went into this compilation, which I’m sure was fun for both sides and gave everyone involved a chance to musically stretch their legs.

Out of the eight tracks, the only one I didn’t get any enjoyment out of was (unfortunately on my listening source) the very first track. It’s an anti-capitalist screed by a female duo called Rising Appalachia called Filthy Dirty South. (They did an EP with that name some years back, if my checking their website is correct.) I just had a hard time reconciling protest music with the beauty of a symphony – it was a track that didn’t work well.

All in all, this was an interesting project that showcases the artistic community of a relatively small city (about 80,000 call the city home) and brings it to the attention of others who may marvel at its outsize influence on the musical world. There aren’t many places twice the size that could pull this off, so the effort is commendable to say the least.