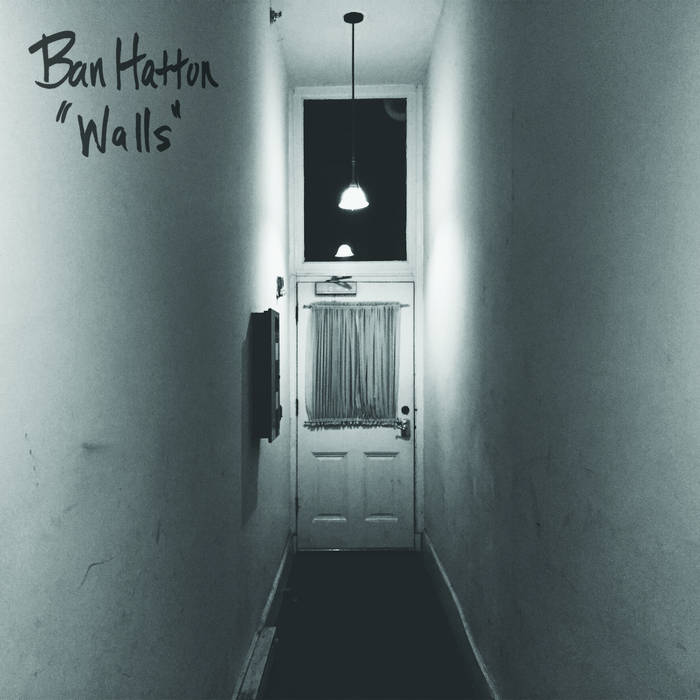 In an off-putting sort of way, this is a good, well-crafted album. This despite the fact that it’s a collection of “not quites” – not quite country, not quite folk, and not quite acoustic. Poor Hatton seems to sing a lot about not quite having relationships as well, as this is a collection filled with poetic odes to lost loves. In some curious manner, though, he makes it all work for ten solid, reflective songs.

“Walls” kicks off with the brief, country-tinged Backed By The River before switching gears into the lively, harmonica-flavored Brothers and upbeat Going Home. Along with the snappy drum line of Plastic Dreams, these are some of the less somber songs on the album.

It was also about that point I began to notice Hatton employs an interesting technique of building his songs, adding instruments at times you wouldn’t expect. In the case of my pick for best song on the album, She’s Gone, Hatton starts with acoustic, brings in bass early on, adds harmonica at the first bridge, and drums at the second so that it’s a rocker by the end. This is something other artists employ, of course, but Hatton’s approach is more unique than most. He’s credited with playing everything but the drums, so it was likely the tracks were laid separately and added after the basic acoustic guitar.

Whether it’s a brief full-band bridge on Oncoming Lights (for Casey), the harmonica midstream on I Feel Fine (Everything’s Alright), the drumbeat on Roanoke, or the brief full-band with electric guitar on Coast To Coast, Hatton builds the songs with the acoustic then adds the other instruments as fluorishes, generally at the bridge between stanzas. Only Wish I Had The Sense, the last song, stays almost exclusively acoustic, with just a bit of maybe a mandolin featured. Naturally this style lends itself to playing solo in small venues, which is where the lyrics can shine.

Ban Hatton isn’t a household name in the music business, and I don’t quite think this compilation will quite make him one. But like many of his songs, I think this is the first step in a progression which may lead him to more regional exposure – frankly, being from Virginia I’d be surprised if he hasn’t played someplace around here before. If not, this may be the time to road-test these stories of heartbreak.

So listen for yourself, and if you like it give the poor guy something to write a happy song about.