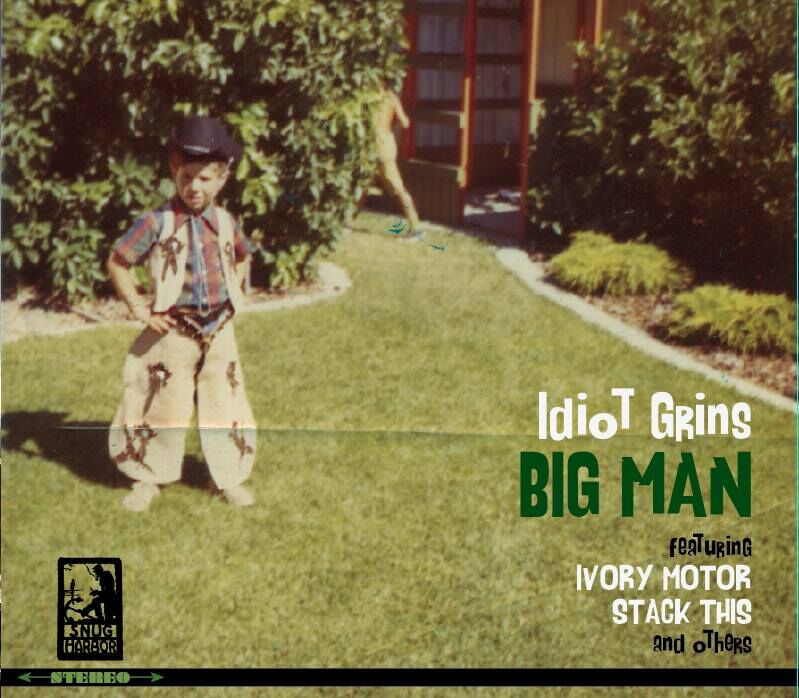 The name of the band alone should be worth something.

But the record itself takes a tack that may be one of the most intriguing of any collection I’ve heard in a long time. It starts out as a throwback to those old stacks of wax your parents may have accumulated – those big, brassy mixtures of soul and R&B that regularly found the top of the charts before disco took a sledgehammer to that scene and rap then came along to douse it with gasoline and watch that m.f. burn.

Now the one thing I can quibble over as a matter of personal preference is that the song titles often have no reference to the lyrics. But whether it’s the harmonies of How To Get To (Baltimore), the peppiness of Stack This, or some nice slow-dancers in Big Man, All Alone, or One Reason, the initial eight songs are a refreshing homage to that bygone era. If it were just an eight-song EP and you liked that retro brand of music, you would be pleased with the result.

But then comes Paso Robles, Ovaltang, and Sour Man. After you figure out these guys have the chops to do that old-fashioned soul music, they throw in the curveball on those last three tracks of borrowing liberally from the country music of that era. As I listened, it was an amazing transformation as they slowly worked the R&B elements back in. To turn a phrase, I was sitting there with an idiot grin on my face trying to figure out for the life of me how that combo came up and how they pulled it off.

I also must say that the lyrics were thoughtful at times. Two good examples were the questioning of God, asking for “one reason you put me here” (from One Reason) or the lament of “you made a sour old man/from a boy once sweet” from Sour Man. Overall, there are some challenging topics brought into the music, although when I saw the first song referred to Baltimore I was expecting something other than what I got – and that’s good. No sense getting the reviewer mad on track 1.

So let me revise and extend my earlier remarks based on the last two paragraphs. If you like something that’s rather unique and varied, you’ll probably like this album. It certainly surprised me. As for the combination, Idiot Grins guitarist and album producer Randy Strauss explained, “Soul and country come from the same place – the heart.”

I can’t give you the whole thing to listen to, but I can give you the single Poppy Piss. (Don’t ask me on the name.) It may be just one, but surely you can hunt them down on social media and beg for more.