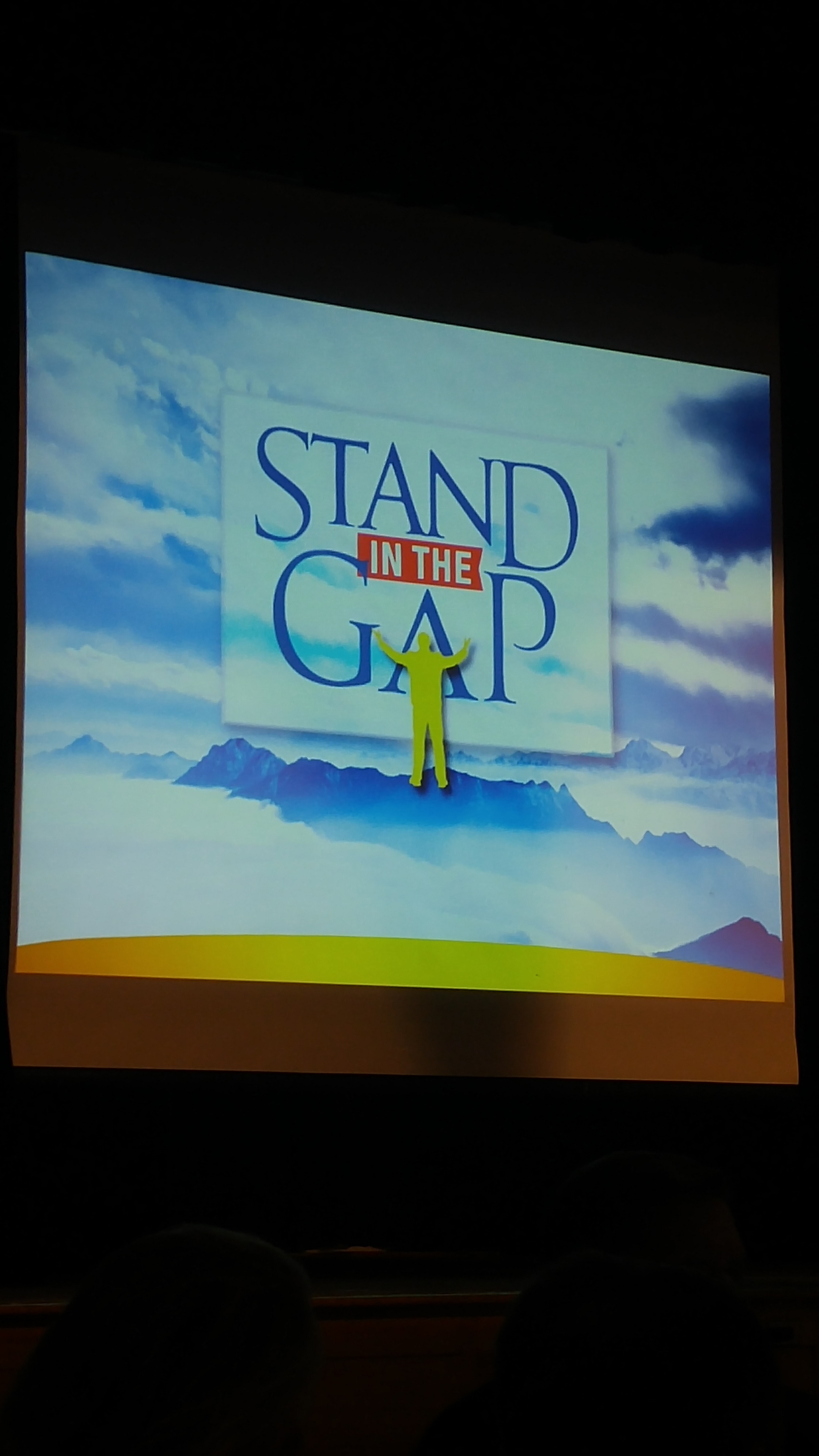 Who will stand in the gap? That was the question asked in a presentation by Texas pastor Charles Flowers as he keynoted the eleventh annual Labor of Love fundraising banquet to benefit the Eastern Shore Pregnancy Center. Despite being plagued by some technical gremlins, Flowers presented a message mainly based on Proverbs 24:11, which oddly enough was the same verse used by Cathy Keim in her post the other day.

Flowers was introduced by local pastor David Diskin, who appealed to Christians to stand against abortion. We have to support life, Diskin added, despite living in a nation that overall has “slapped the hand of God.”

Pastor Flowers agreed. “We are in a day of adversity,” said Flowers, before asking who would deliver those drawn to death. He noted that the government had no interest in it, considering they were giving half a billion dollars to Planned Parenthood.

And regardless of the educators present that Flowers called “beacons of light” in our public schools, theirs was a “Godless field” as well. Even churches couldn’t fill the need as they were being pulled in many directions in their ministry. It was up to us to, as he put it, “trade babies for paper.”

Now before I continue with Pastor Flowers, it’s worth stating that the ESPC served over 350 women last year. Director Jackie Seldon relayed the story of one young woman and her boyfriend who were set on terminating the pregnancy until they saw the ultrasound. She changed her mind, and the boyfriend turned from passive observer to a guy who wanted a girl “so I can spoil her.” That’s the sort of success story they managed to achieve 50 times in the last year and their goal for this coming year was to make it to 85.

Thus, despite the fact the government was against us, explained Flowers, we were called upon to answer to a higher law even at the price of civil disobedience. He cited the Hebrew midwives Shiphrah and Puah, who fibbed in Exodus 1:19 that Hebrew women were stronger and delivered babies more quickly than Egyptian women, thus they could not follow Pharaoh’s order to execute Hebrew boys. “God places the value of life extremely high,” added Flowers, and challenged us to do the same.

There’s no doubt that in our secular society, where a child is but an expression of “choice” rather than a living human for whom the mother and father should take responsibility and (hopefully) bring up in a Godly manner, many have strayed from assigning a high value to life. There were close to 200 people at the dinner, but that is a small portion of the local population – I pray it’s but a small fraction of those around here who value life.

Even without the visual aid, Flowers illustrated the impact of nearly 60 million abortions. As he read off a list of states, he asked everyone who was born there or had parents or grandparents from there to stand. The last one was Maryland, so most stood. Regardless, if you took the 25 smallest states in population and imagined them wiped out, you’ve reached the number of babies aborted in the country since Roe v. Wade. (In political terms, it’s generally those states that only have 3 to 8 electoral votes. Those who support Planned Parenthood may not be against that since the bulk are loyal to the GOP.)

As I stated above, the goal is an ambitious one. We didn’t get there tonight, but if you count what the sponsors gave (nearly $8,000 based on the minimums listed in the program) and the amount donated and pledged tonight, they made significant progress of over $63,000. At $1,200 per, they have already made their budget for saving 50 babies, but more can and should be done.

If you are pro-life like me, or just want to assist a noble cause, the ESPC is always looking for both compassionate volunteers who can spare time as well as those who want to trade paper for babies. It may not be the most popular or politically correct cause, but it is a rightful one.