Tonight I had a choice: expand once again on a topic I wrote about for today’s Patriot Post or go to Third Friday and see the sights. Our military prowess is important, but this one was more fun.

Hundreds of people agreed with me. The first photo was taken looking west from Division Street while the second was from within the Plaza. They were taken perhaps 20 minutes apart. 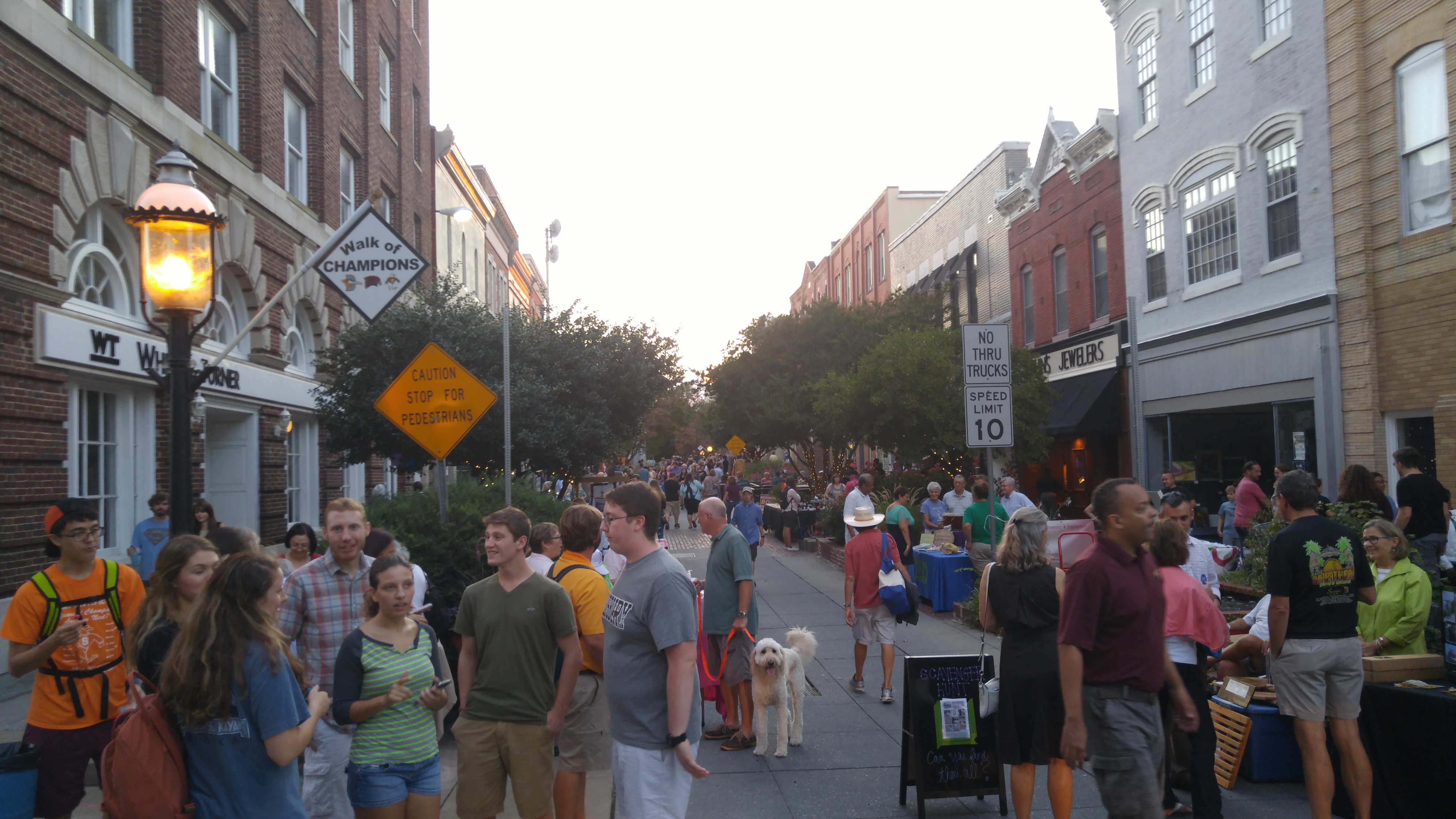 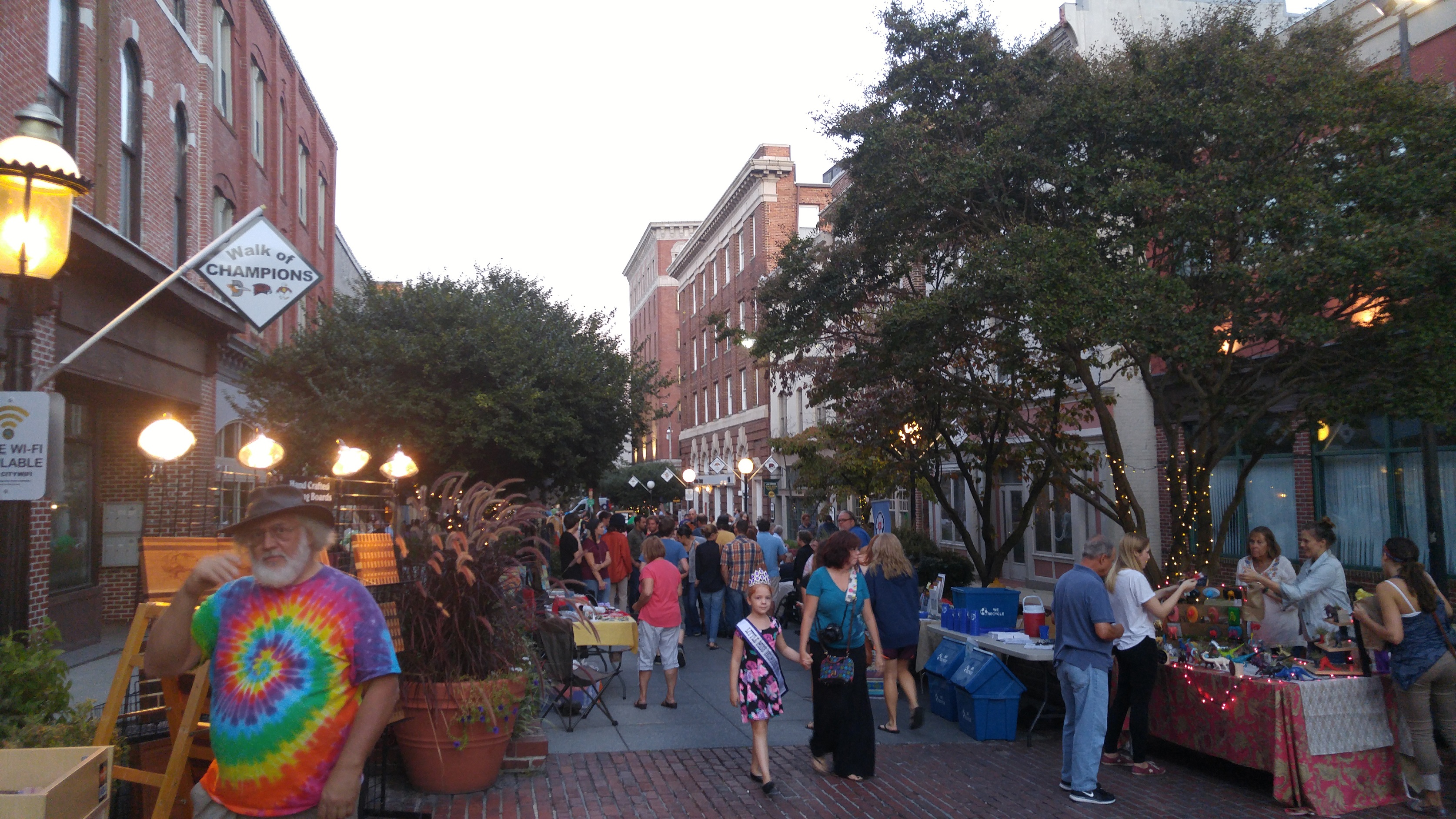 I hadn’t taken ten steps into the Plaza when I saw City Council member Laura Mitchell and husband Miguel heading out. Seems like Third Friday is the place for people I know. But I wasn’t really expecting this guy, who’s about 30 miles from being “downy o’shun.” 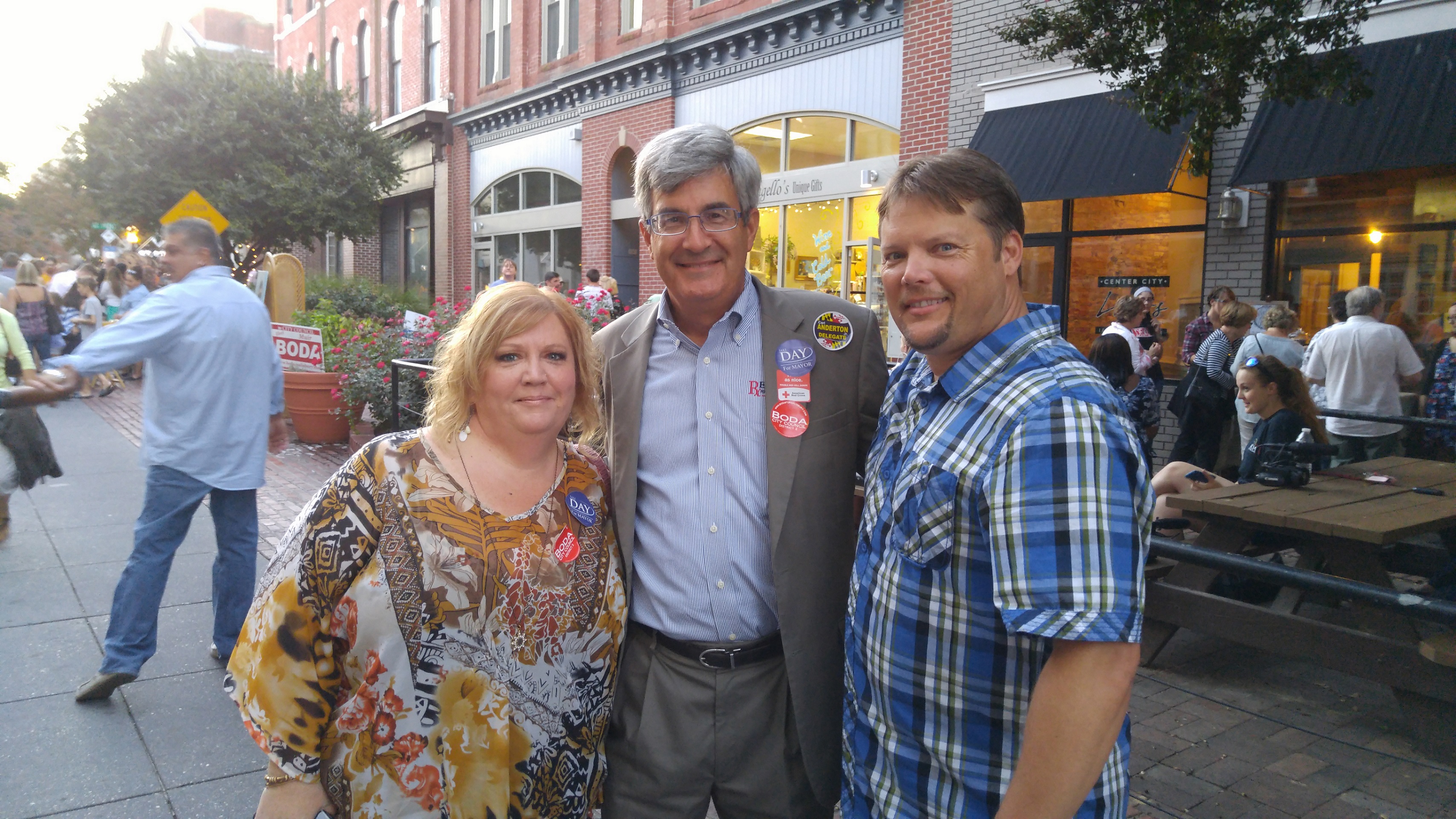 Yes, that’s former Delegate Don Murphy hanging out with current Delegate Carl Anderton and Jackie Wellfonder, at whose behest I took the photo.

But there were two people looking for votes at tables. One was mayoral candidate Jake Day, who has no one on the ballot against him, and the other was Muir Boda. 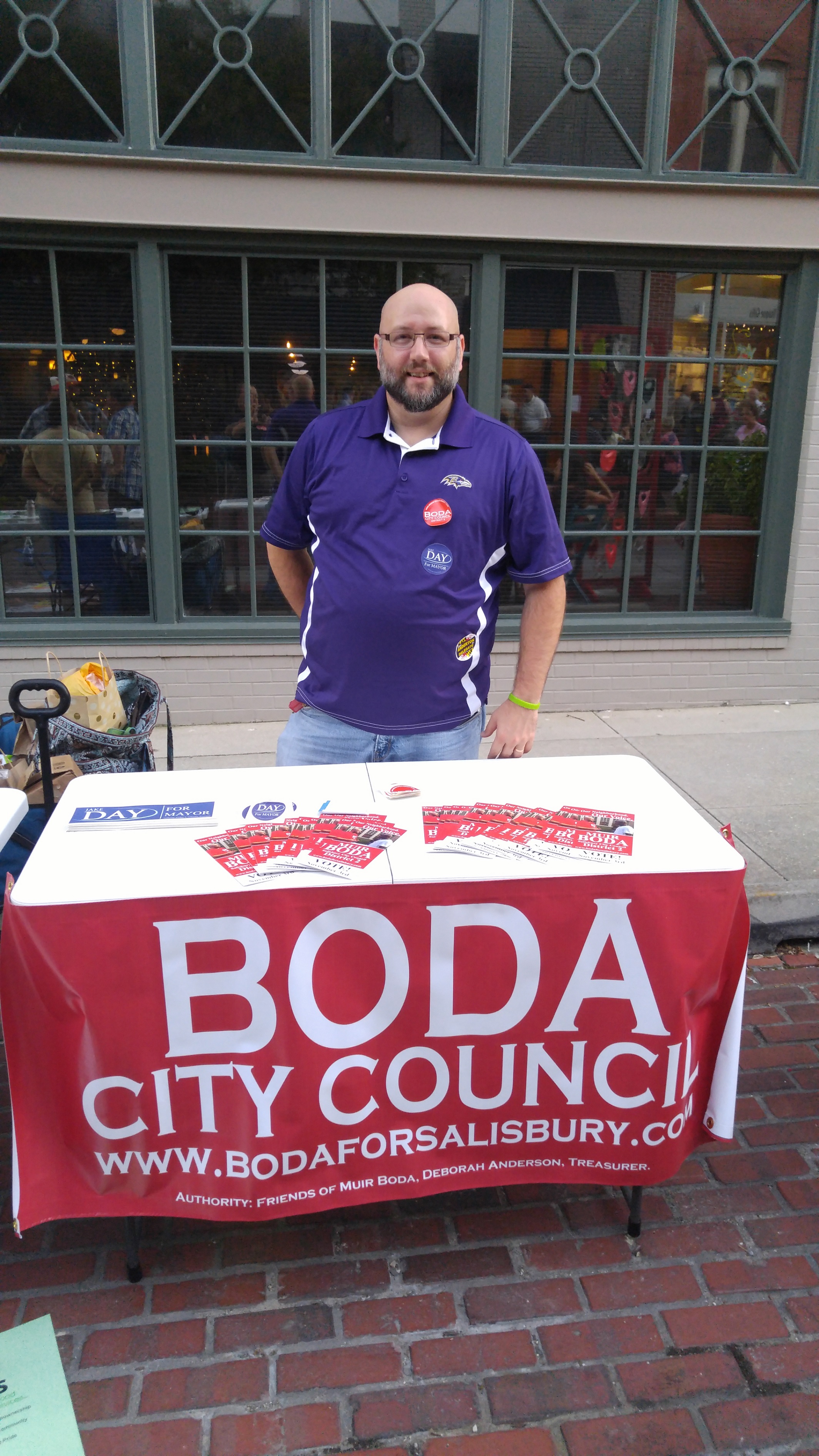 He had a well-stocked table, but then Muir’s been a Third Friday fan for a long time.

One element which contributes to its success is the music. This month The Larks were playing on the Plaza. 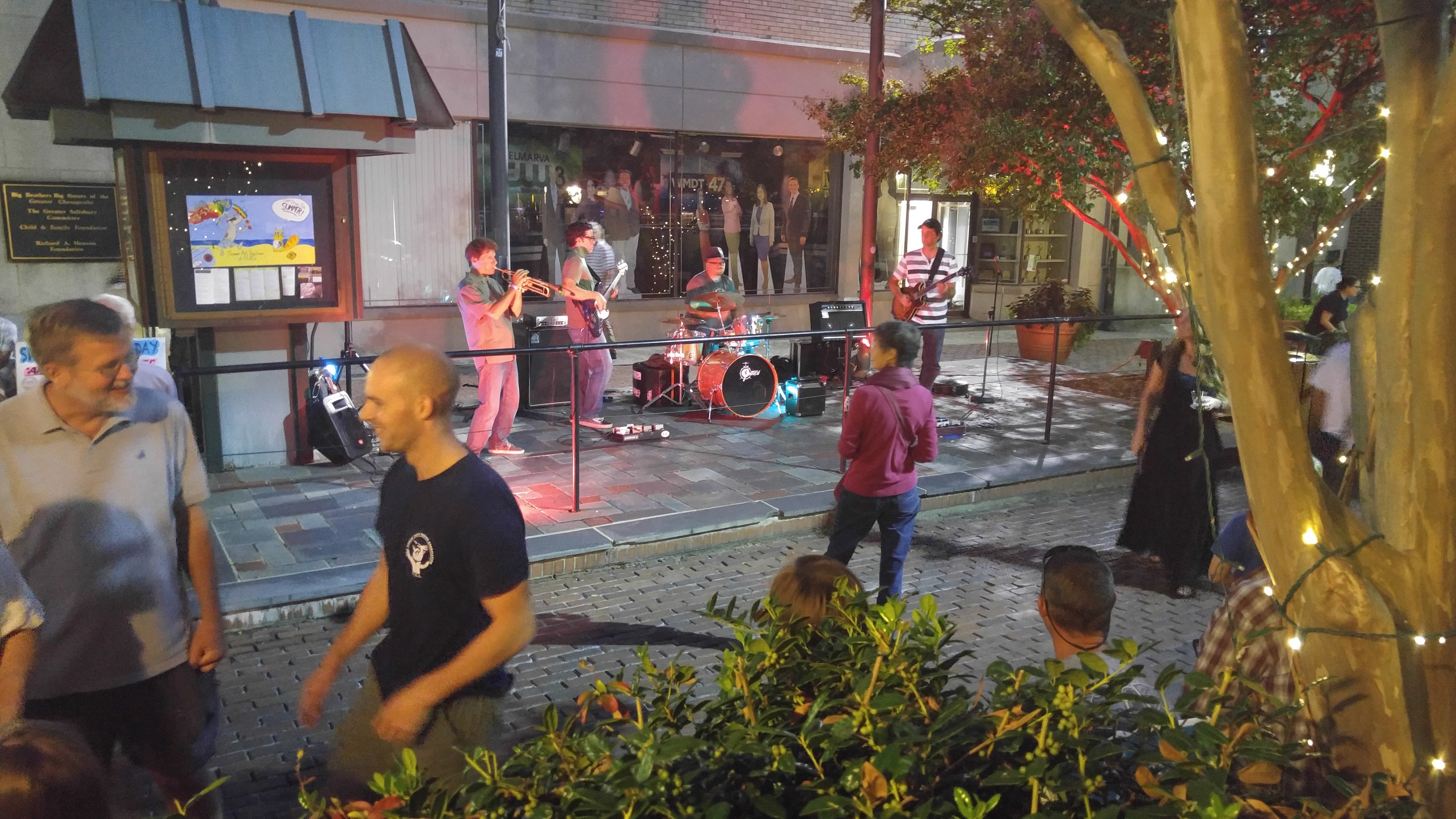 That photo came out pretty well for being taken in the twilight. The earlier sunset made the event finish after dark.

And as it was winding down, it was plain to see that a block of Division Street was one giant sidewalk chalk canvas. They probably had 200 boxes scattered around Third Friday; fortunately, there’s not much chance of rain although there is a 100% chance of traffic rolling over the colorful street. 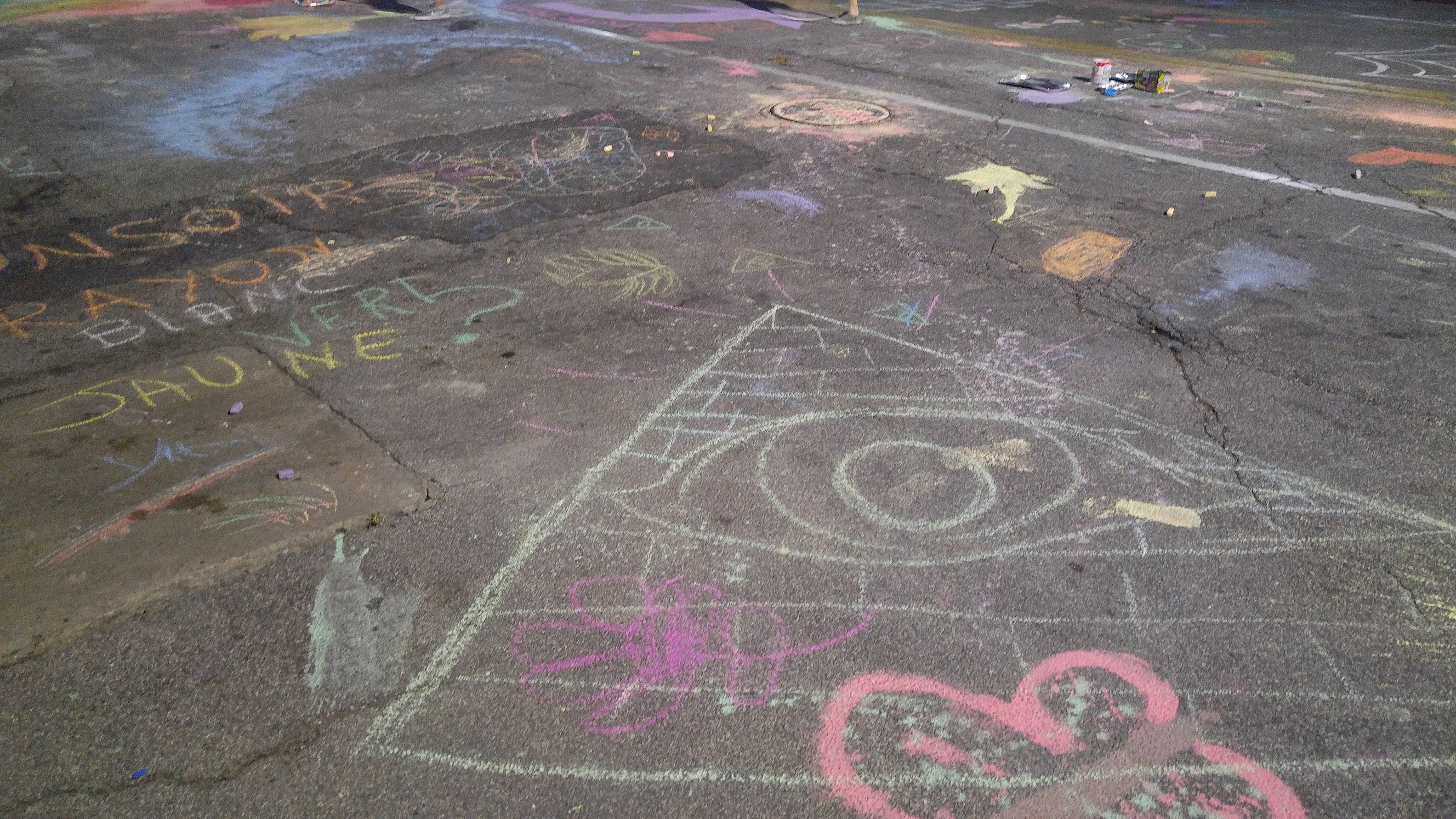 Tonight was the second-to-last outdoor Third Friday of the year, although there will be outdoor events associated with it from time to time over the winter months. Throughout this year, it seems the crowds have been excellent and the city is trying to expand on the success with First Saturday and the trolley between Salisbury University and downtown which runs on weekend nights.

With all that is going on this weekend around the region, Third Friday seems to be holding its own. Salisbury’s had its share of bad news over the last decade, but this golden goose continues to produce each warm-weather month.