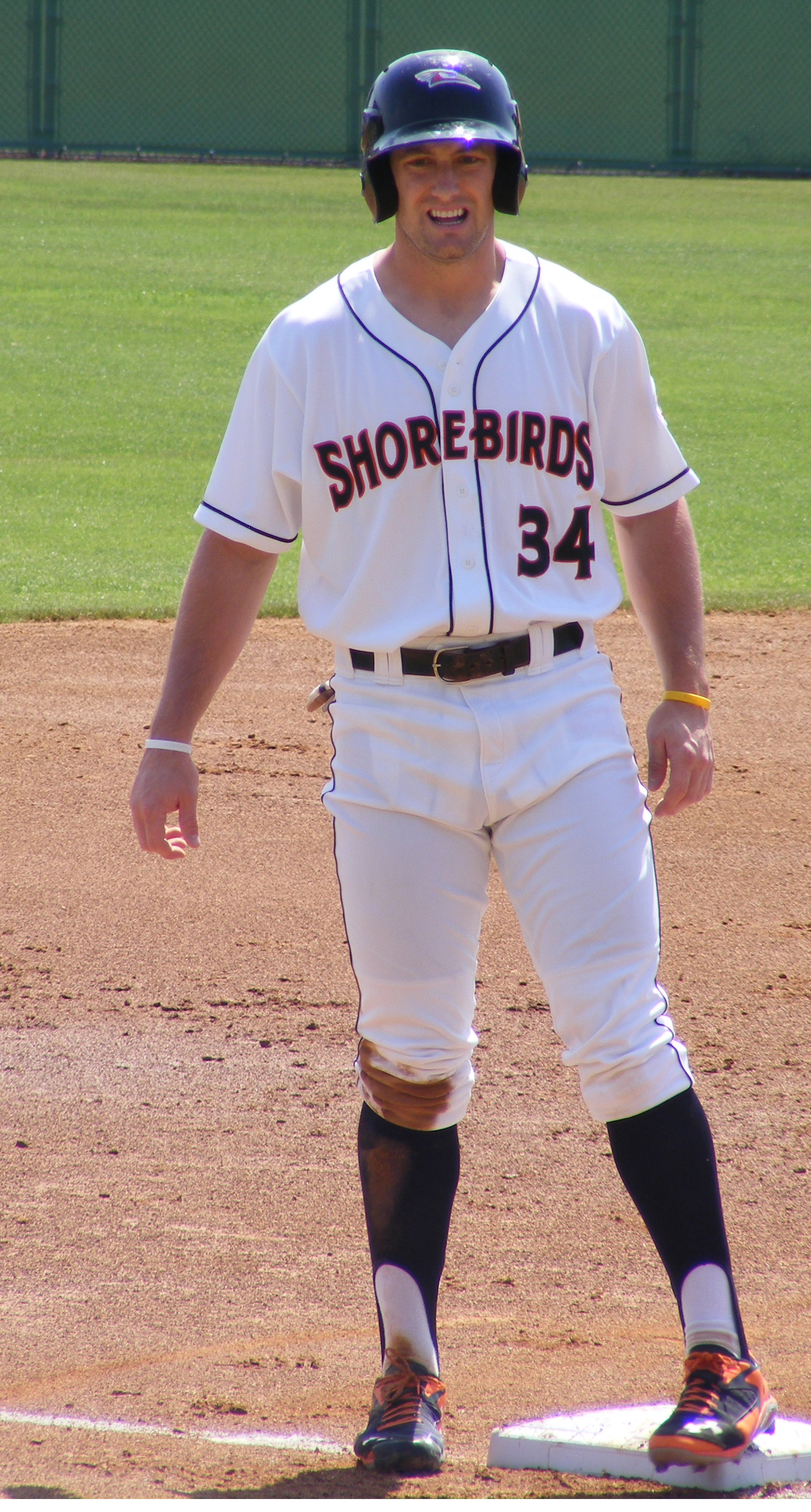 Let’s face it – if a minor league player puts up a slash line of .196/12/67/.635 OPS, comes from a relatively small and unheralded baseball program, and wasn’t drafted until the 29th round, the chances of extended employment generally are bleak. Yet all three describe Conor Bierfeldt, and the Orioles’ faith in him after his struggles with Delmarva last year has been rewarded thus far with an improved average and the South Atlantic League RBI lead for Conor, who leads his now-injured teammate Alex Murphy, 36 to 28. No one else has more than 26 knocked in.

It’s not that Bierfeldt can’t drive in runs – the 67 he drove in last season led the Shorebirds and he was among the NYPL leaders in both home runs and RBI when he played with Aberdeen in 2013 – but the average had to be a concern, particularly when he hit .264 with the Ironbirds. While “on pace to” is always a dangerous assumption, so far Conor is working toward 15 or more home runs and well over 100 RBI over a full season. In 208 pro games Conor has 29 home runs (and plays home games in a notoriously tough park for home runs, as just 5 of his 17 Shorebird home runs have come at home), so it’s obvious the longball potential is there.

So it looks like Bierfeldt is making the adjustments needed to maximize what Buck Showalter likes to call the “contact to damage ratio.” A team can live with a .236 batting average if those hits drive in runs – as an example, I snapped the photo above after his only hit of yesterday’s game, a 2-run triple. The 1-for-4 performance only fractionally affected his average, but the 2 knocked in allowed him to pad his league lead and opened the scoring for the day, staking Delmarva to an early 2-0 lead (although they eventually lost 6-5.)

If you look ahead for Bierfeldt, there’s a reasonable chance he may not be here the full season to see if he can secure that RBI title. Making the adjustments to increase his average is the key to moving up, and there are a couple weaker links in Frederick’s outfield which could be replaced. We’ll see if Conor rewards the Orioles’ patience with him as the season develops.