I’ll go a little more in-depth later about the Coastal Association of Realtors/Salisbury Independent candidate forum over the coming days, but there are two key takeaways involving Delegate Norm Conway.

The first is the public apology made by Carl Anderton to Conway regarding the recent release of a flyer depicting Conway in a ski mask. He devoted the main portion of this opening remarks to his mea culpa.

I had a great opening speech prepared – I thought about it all day driving in the rain, but I need to do something, need to correct a wrong and this is how I was raised: to do the right thing and put everything aside for what’s right.

Anderton went on to say that he had contacted the state Republican party and expressed his disappointment, as he was seeking to run a clean campaign based on the facts and issues.

But just a few hours after the debate, another photo came out. 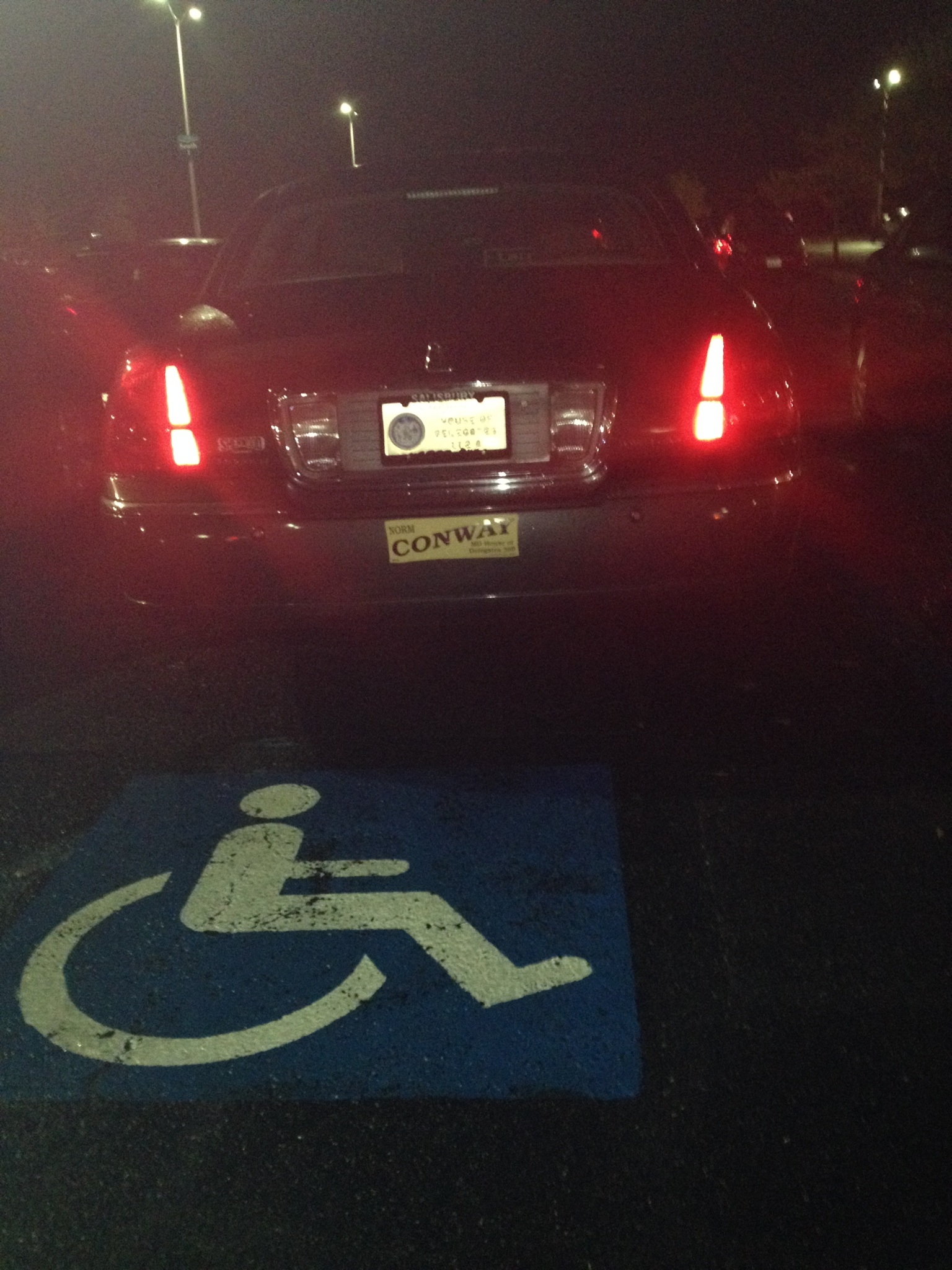 The car has a House of Delegates plate on it and one can easily read the Conway sticker. Obviously there are a few possible explanations for this, but unless Mrs. Conway was there and needs the designation it’s pretty likely that the car was in a spot most people couldn’t take without a fine. Joe Steffen came to his own conclusion.

Without going too deeply into the content of the forum, though, I wanted to pass along some of my observations.

For one thing, the event lasted 2 1/2 hours and featured a total of 15 candidates – six from District 37, four from District 38, and five in Wicomico County at-large races. Notably missing were the two District 38C candidates (although Judy Davis was in attendance) and the two running for Senate in District 38; on the other hand, both District 38A candidates were there despite the fact their district no longer covers Wicomico County. Regardless, the high number of candidates made for too few questions – I think the event should have played out over two nights as it did in 2010.

Maybe it was just me being tired, but to me I didn’t pick up a great deal of variety among the answers. Even the Democrats pretty much tried to sound conservative, but we know better how they will fare in Annapolis (or in county government.) I’ll still write up a summary on this, but the unusual nature of some of the questions made me scratch my head.

So look for that over the coming days as my plate is filling up. I just wanted to jot down some initial thoughts this morning.

2 thoughts on “Outside the forum”