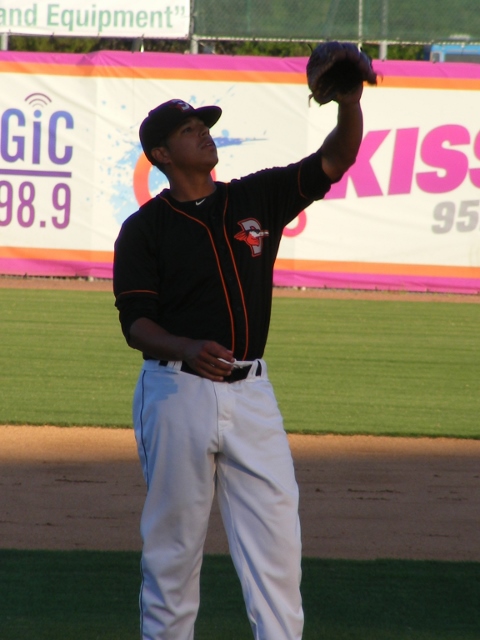 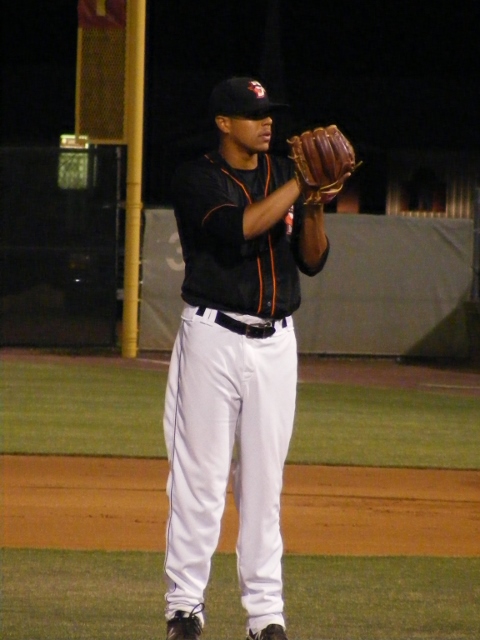 If you would have asked me two months ago to rate the chances of this week’s honoree being Shorebird of the Week, I would have probably said zero, because he would be in Aberdeen. But over the last two months Dennis Torres has developed into a consistent pitcher who continues to rack up scoreless appearances.

My initial skepticism was based on a horrible May where Torres was rudely welcomed by the South Atlantic League, allowing runs in five of six appearances, walking 10 while striking out only nine in 9 2/3 innings, and giving up a frightening .357 average against. But since that point Torres has vastly stepped up his game, shaving his once-high ERA down to 3.13 and putting up an 18/8 strikeout/walk ratio since the first of June. He also notched his first professional win June 11 against West Virginia, which so happened to be the game I took the bottom photo at.

To be fair, the 23-year-old product of Massachusetts (both the state and its university, based in Amherst) is essentially making his professional debut this season because he only made two Gulf Coast League appearances last season, tossing 2 1/3 scoreless innings. Being just a 28th round pick, Dennis was certainly down the pecking order there but seems to have moved up the ladder here, as evidenced by getting more two-plus inning appearances.

Down the road, it’s likely that Torres will be filling in as a reliever for the rest of Delmarva’s campaign. He’s on track to get 45 to 50 innings in this season (having thrown 31 2/3 so far) and continued success should put him in the mix for a promotion next season.