It doesn’t seen possible, but shortly after the holidays we will once again be subjected to what I call the “90 Days of Terror,” better known to most as the Maryland General Assembly session. While Governor O’Malley pledged the budget would be “balanced without tax increases” that doesn’t mean he won’t be hunting for new sources of revenue. And even if he doesn’t, municipalities which have felt the pain for the last few years won’t be spared from the budget axe.

That’s where this comes in. 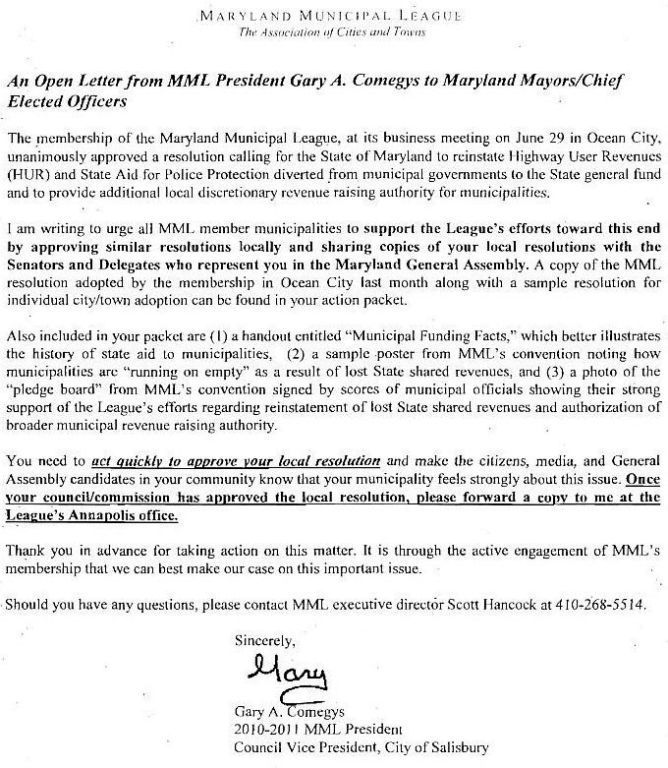 You’ll notice that O’Malley is being cagey. Perhaps he won’t increase taxes, but I’m sure he’d quickly sign this enabling legislation. The Maryland Municipal League (MML) was also making sure they had the votes rounded up. 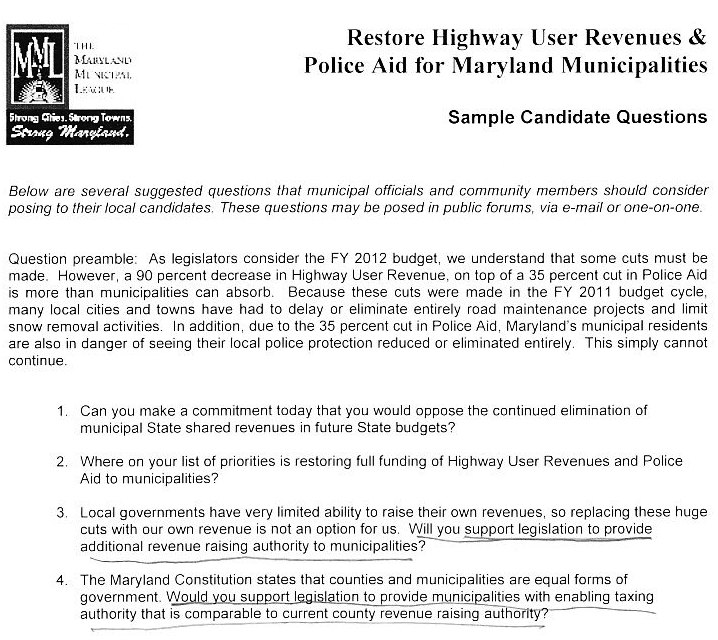 This didn’t come up in any forum I attended but I’m sure the MML is buttonholing election survivors to see if this is doable. 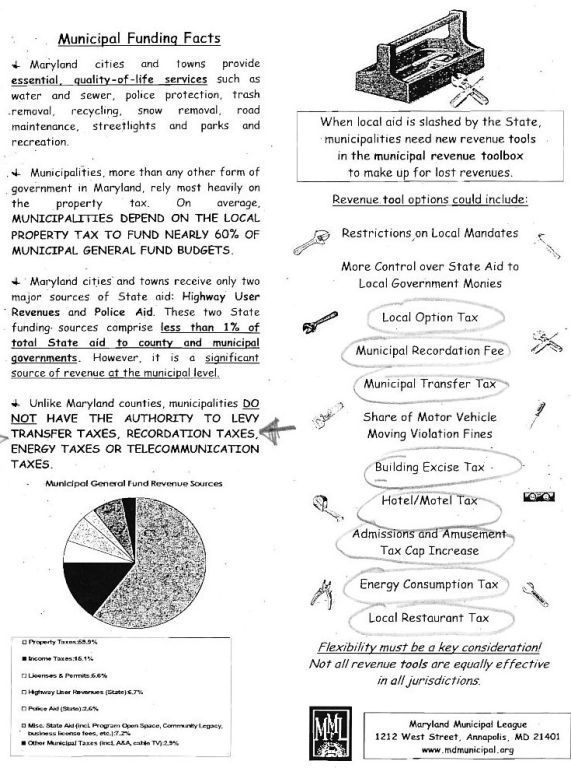 So cities and towns are crying poverty. But what such enabling legislation would do is place those who live in municipalities in situations where they are quite possibly triple-taxed by the state, county, and city. Of course, eventually that drives people and businesses out of the cities and into unincorporated areas of counties.

Why is this important here in the Salisbury area? Because our City Council approved a Resolution over the summer expressing its support. Here is Resolution No. 1977. 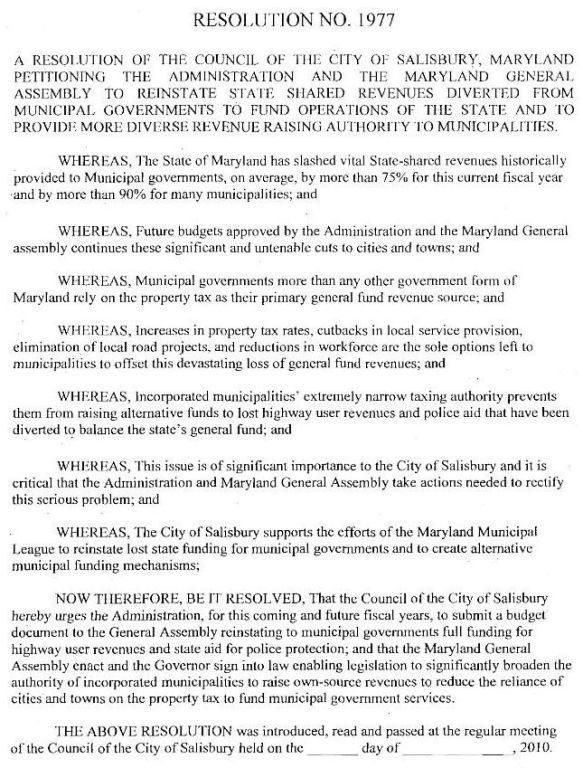 It was approved on a 3-0 vote: Cohen, Shields, and Smith in favor. Campbell and Comegys did not vote.

While this resolution was approved a few months back, there’s little possibility of the actual legislation being enacted by the Maryland General Assembly before the next City Council election next spring. Therefore, this Resolution can and should signal the willingness of those who approved it to raise taxes on Salisbury residents who are already being slammed with several consecutive years of property tax and water/sewer rate increases.

Of course, the MML states the case of cities and towns who are scrambling to make their budgets stretch out through the fiscal year. But this resolution received little attention in the midst of a state election campaign and it may belie the rhetoric of those who would otherwise claim to be taxpayer-friendly budget hawks.

In 2011, the seats of Terry Cohen and Louise Smith will be up (along with Gary Comegys’ seat), and chances are both will seek re-election (Shanie Shields is in office until 2013.) Their willingness to support the mechanism for a tax increase should be a campaign issue and a legitimate question to be asked of others seeking those City Council posts.

One thought on “Something to watch for”