Last weekend was a gorgeous weekend, particularly if you were in the Salisbury area and liked this stuff: 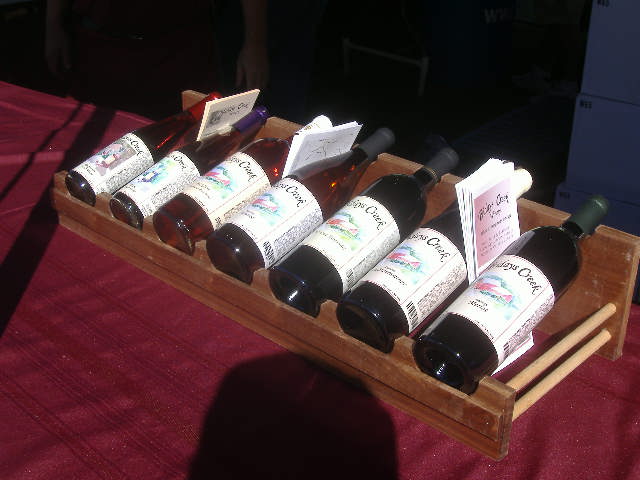 Yes, it was the fifth annual Autumn Wine Festival held out at Pemberton Park. It’s put on by our county’s tourism folks and for the second time this year they lucked out, getting perfect weather which allowed them to draw a sizeable crowd as you’ll see below. 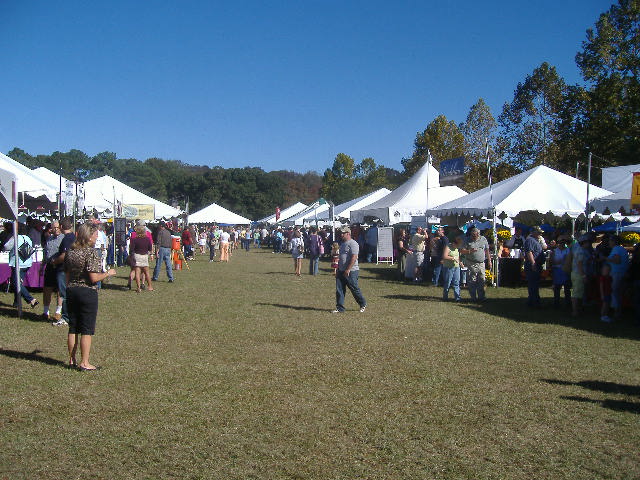 While that didn’t seem like a huge crowd, bear in mind I took these pictures about 1:00 or so and the masses didn’t peak until 2-3:00. Also, this photo was from Sunday and on Saturday this aisle looked like rent-a-mob from where I was stationed – I just didn’t have my camera that day.

There were fifteen Maryland wineries represented, and they each had their tasting and selling tents going, like the St. Michael’s Winery pictured below. 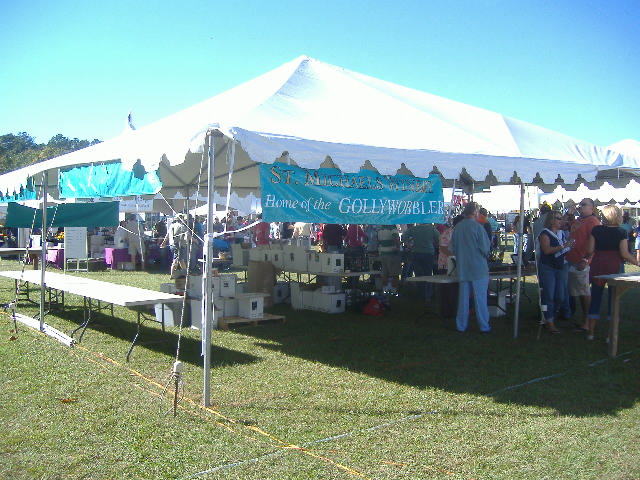 I’m still not quite sure just what a Gollywobbler is, but it made for the cool “Get Wobbly” shirts that I saw. Speaking of shirts, here was a vendor who had a bunch of wine-related apparel. 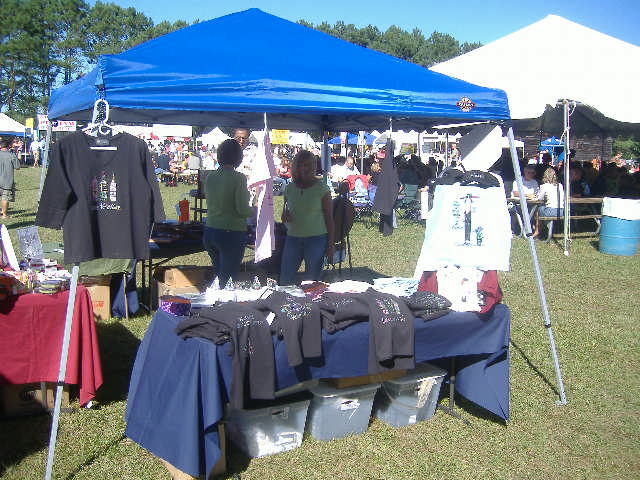 Of course, it wasn’t just wine at the event. There was food, craft vendors, and music. I know the food was in plenty of demand, as I stopped by one of my favorite local vendors at 5 p.m. Saturday and literally got their last sandwich (and it wasn’t even the pulled pork I really dig) – they did the same business they had last year all weekend in just a few hours Saturday. As for the vendors, most of them were the usual arts and crafts vendors that you’d expect to see at a wine festival, like these in my next shot. 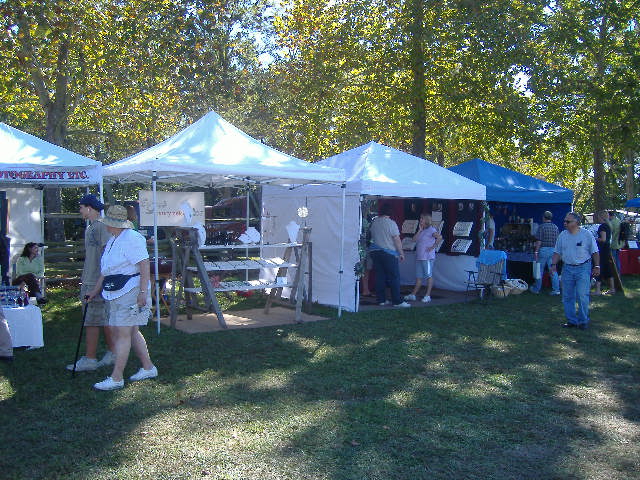 But then you had the, shall we say, more unusual. Check out the right-hand booth below, a place called “For Your Pleasure”. 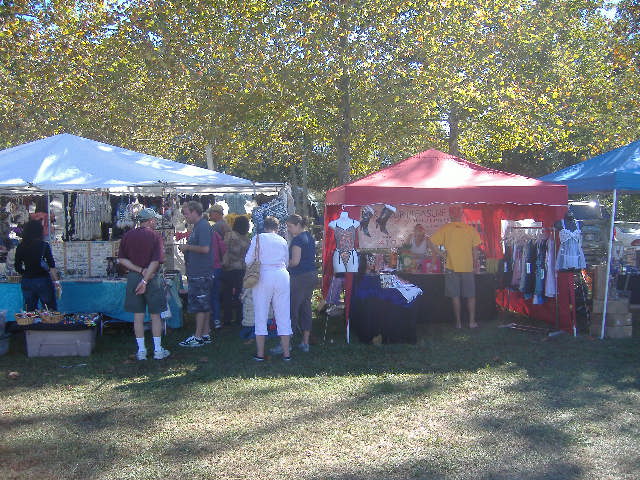 While I didn’t get a picture of the tent they also had cigars on sale at the Wine Festival so I suppose most of the main vices were covered.

The event also showcased talented musicians all weekend. As far as musical tastes go jazz isn’t really my thing but this trio called Dark Gold Jazz had a pretty good sound to them. 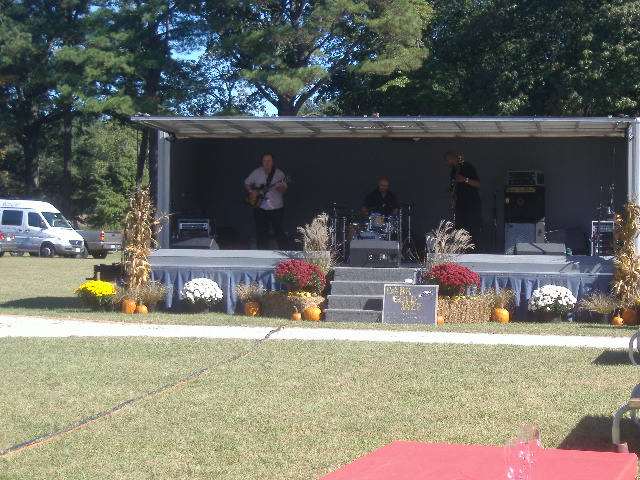 Later in the afternoon was a group that was a little more my style. Paul Cullen (right in the photo) used to play bass for the group Bad Company, now he has his own group that walks the line between rock and jazz. It wasn’t a long trip for him as he now lives along the Delaware shore. 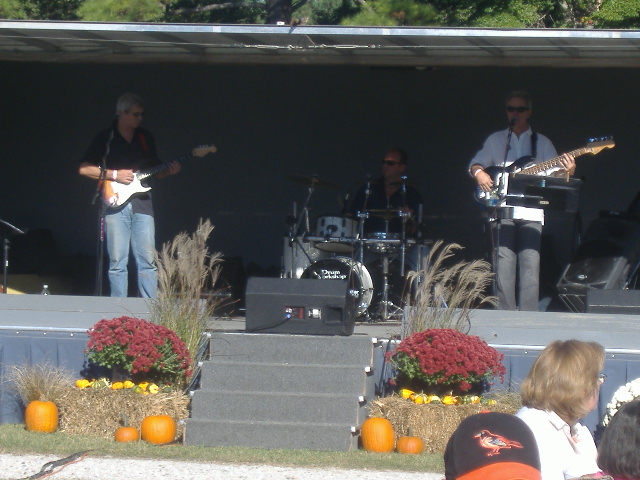 I’m guessing that this stop was part of a tour to support his new CD called “Dreamdance” since that was on the merch table. Apparently Paul makes a good living playing at similar events around the country. 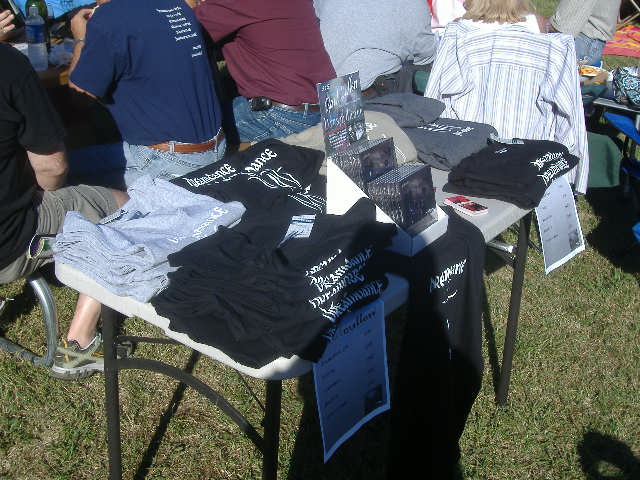 I actually had a lot of fun, even though I don’t drink wine. So why was I there? Well, there was this one booth… 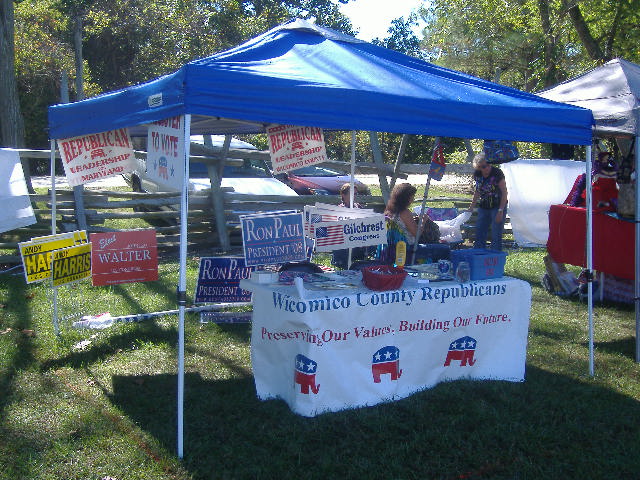 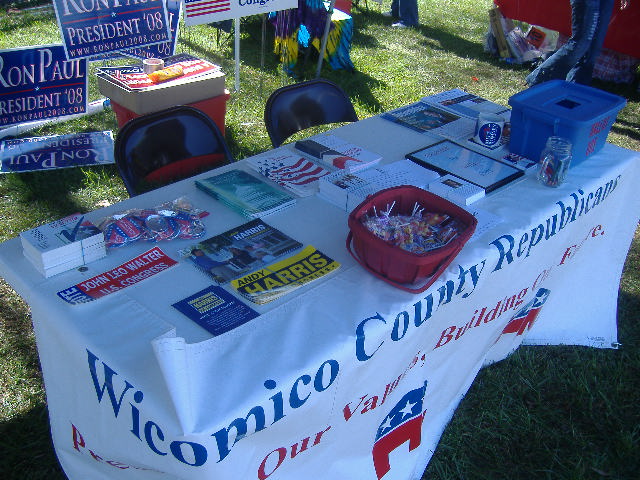 While this isn’t exactly close to the election, we did have a decent amount of people stop by. I probably handed out a dozen or so registration cards and people occasionally took some of my items. What was most interesting to me is that the Saturday crowd, which I thought were more predominantly Western Shore, took more Ron Paul stuff than the Sunday crowd that was more locals. And I found out a lot of people dislike Hillary!

Sunday even brought us our one Congressional candidate who bothered to come out and solicit votes. 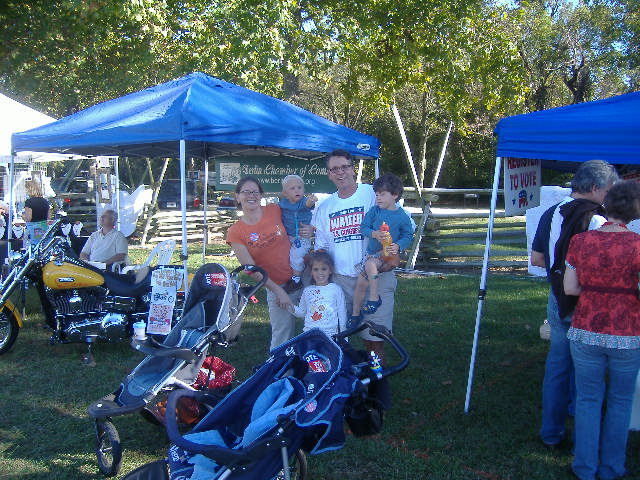 As you may have read last night, John Leo Walter also came to speak to our Republican club (not the Central Committee as he said on the radio this morning) so today makes three days in a row he’s reached out to Salisbury voters in some manner. But next year I’m not sure we’ll be as lucky since we’ll only need to have two candidates’ items on the table if we choose to participate again. Personally I think it’s a good idea, since the Democrats will likely make a return to the event next year as well – they blew it off this year but were present in 2006.

Let’s just hope that the event continues to be a success regardless of who participates politically. It certainly brought a lot of people from the Western Shore and those dollars definitely provide a boost to our side of the bay.

One thought on “Autumn Wine Fest 2007 in pictures and text”