After getting off to a flying start in April, the wheels seemed to come off for the Shorebirds in May, particularly after an unscheduled three-day break in the action mid-month thanks to Mother Nature. But this month’s Player and Pitcher of the Month weren’t reasons for the team’s lack of success as both had breakout months. 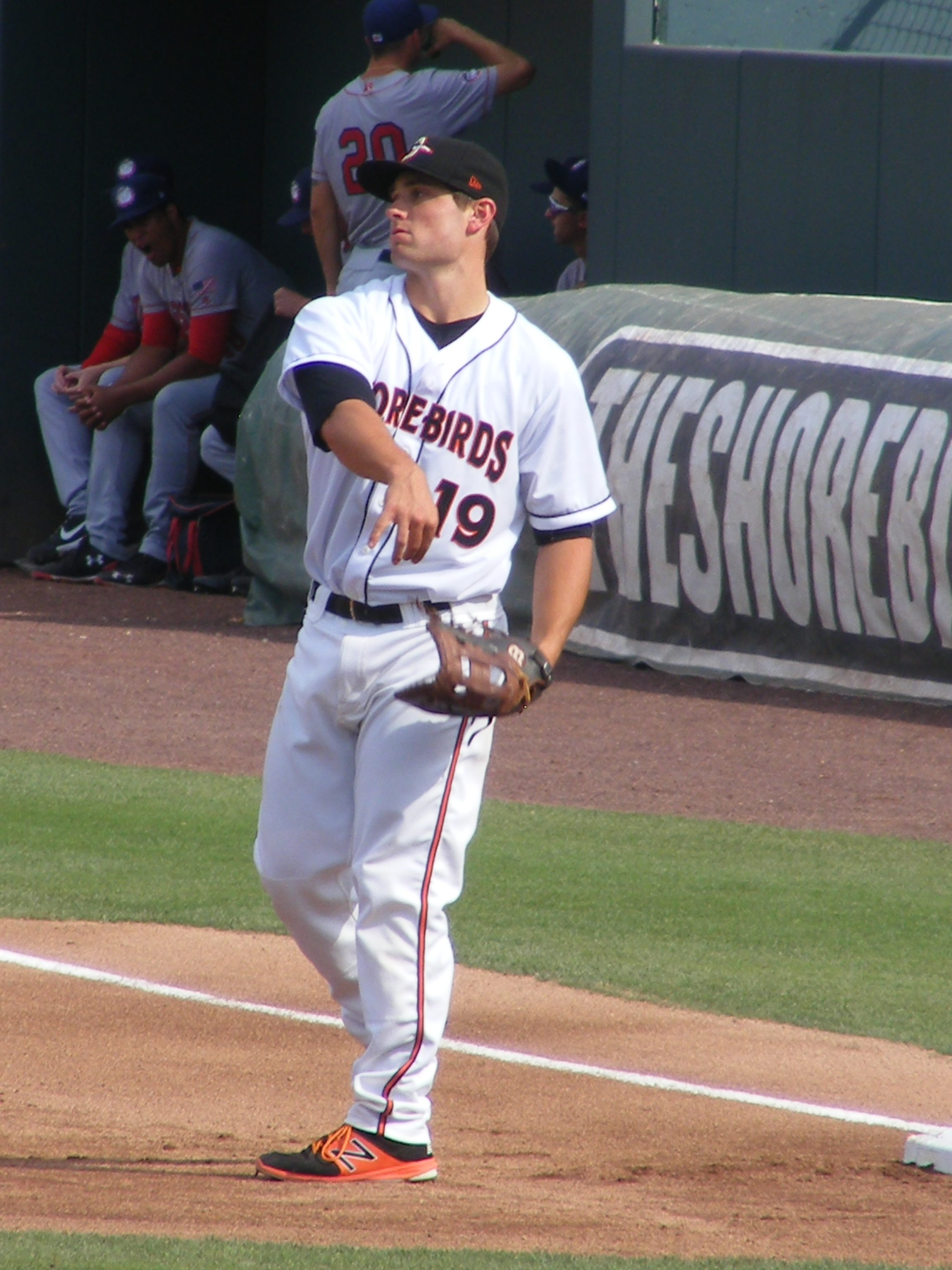 I’ll begin with third baseman Trevor Craport, who swatted seven home runs during May to ably fill his stat sheet in that regard. A player who previously had just three round-trippers to show for his pro career caught fire during the last month and also began bringing his batting average closer to the mark he established in 52 games with Aberdeen last season (.302/3/30/.857 OPS). In 26 games Trevor led the team with a .323 average, hitting those seven home runs and knocking in 19. with a solid .956 OPS based on a .383 on-base percentage and .573 slugging percentage thanks to those home runs.

Craport came to the Orioles in the 2017 draft, where he was the eleventh round pick out of Georgia Tech. As noted, the Georgia native had a good season with Aberdeen last year and, after a bit of a slow start, seems well on his way to duplicating those efforts here. On Tuesday it was announced that he would be one of three Shorebird position players selected for the SAL All-Star Game later this month – April SotM Zach Jarrett is also on the squad, as is first baseman Seamus Curran, who was also in the running for May honors along with Kirvin Moesquit. However, one extra RBI out of Curran was all that denied Craport the month’s triple crown. so he was a deserving honoree.

In fact, it would not surprise me to see the 21-year-old prospect (he turns 22 in August) promoted at mid-season. Third base is not a position that’s very strong in the Orioles’ system and those playing immediately up the ladder aren’t having distinctively great seasons by any stretch of the imagination. (A couple up the line have been, honestly. rather disappointing.) So given the Oriole brass propensity to yank good players away from Delmarva every chance they get, this time next month Trevor could be sporting a Keys uniform. 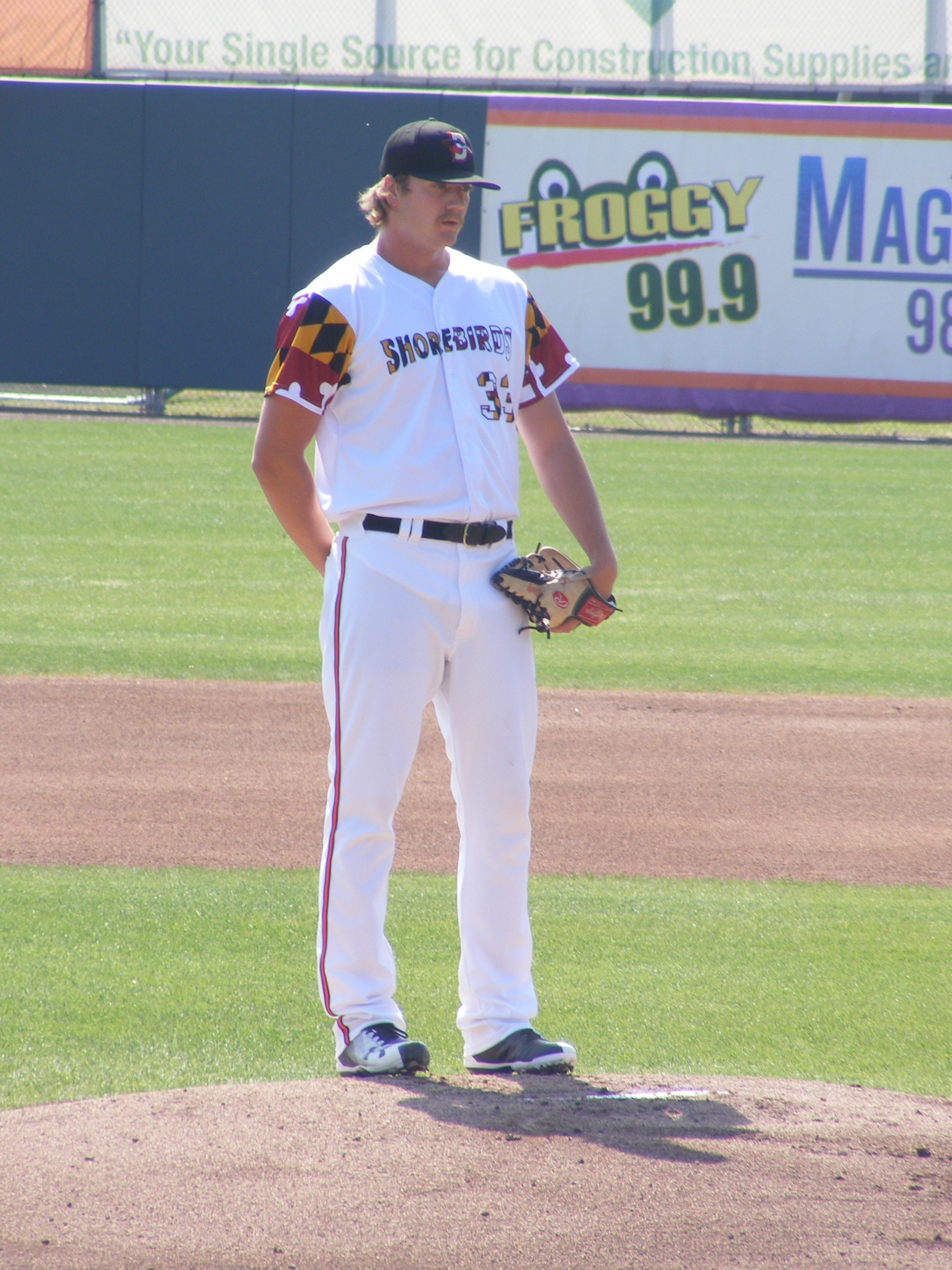 Speaking of disappointing, there were a number of observers whispering that last season about my Pitcher of the Month, Matthias Dietz. A second round pick back in 2016, Dietz was expected to be one of the top prospects gracing the Delmarva roster last season but struggled to a 3-10 record and 4.93 ERA with the Shorebirds. Add that to a nondescript season with Aberdeen in his pro debut (in seven starts, none intentionally longer than three innings, Matthias was touched for at least one run in six of them) and the talk about being a highly-paid bust was more than a rumor.

So when Dietz was touched up for 8 runs in 14 1/3 innings early on this season, including an outing where he walked seven batters, the question probably became whether he was more suited for the bullpen or more work at extended spring. Maybe it was just the weather, though, because a different pitcher emerged in May – four starts covering 23 innings where Dietz allowed only 3 runs on 15 hits, including a pair of shutout starts to close the month May 20 against Hagerstown and May 25 against Lakewood. (Overall, the shutout streak in May was the last 17 innings, and it was extended briefly in June to 19 2/3 innings before Dietz allowed a run June 1.) It was a good enough performance to grant the Illinois native and attendee of John Logan Community College there the top honor from the Orioles as their Minor League Pitcher of the Month, and I concur.

The whole key to how far Matthias will get in his career is throwing strikes. That may seem too simplistic, but he’s been prone to starts where he will average a walk or more an inning, and eventually those runners score. Over his career Dietz has averaged about 4 walks per 9 innings, and that needs to come down by at least one to have a chance at success. Oddly enough, even with his success so far this year (cutting a 4.93 ERA to 2.91 and a 1.5 WHIP down to a league average 1.3) his base on balls average is slightly higher than it was last season thanks to two poor outings where he walked 12 in a combined seven innings – neither of which occurred in May.

While Dietz is in his second tour of duty with the Shorebirds, I don’t see him as being promoted to Frederick very soon. Having said that, though, if he maintains consistency he’s a good candidate to be here until August then allowed a couple starts with the Keys to get his feet wet to start out there next season.

One thought on “Shorebird Player and Pitcher of the Month: May 2018”