In days of old there was a superstition that a voyage should not begin on Friday and beginning it on Friday the 13th was a complete no-no. But the Worcester County TEA Party decided to buck tradition and have its inaugural meeting last week – it was an opportunity to have a good keynote speaker that they couldn’t pass up.

(All photos on this post are courtesy of Donald Stifler.) 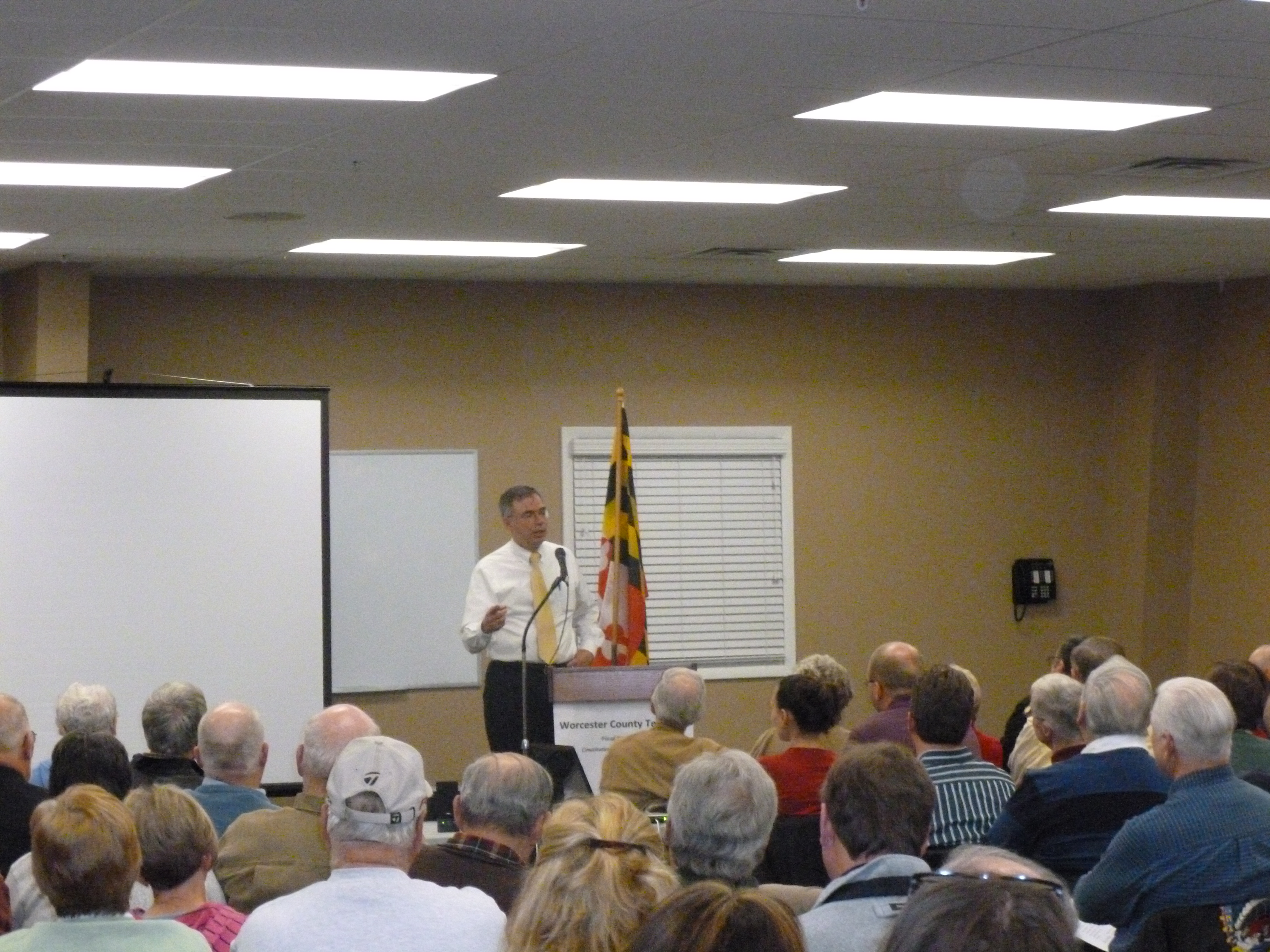 One source, a supposedly reliable one, stated that Harris made the statement at the TEA Party that he would vote for any of the Republican presidential candidates except Ron Paul – then again, the person relating this is a Ron Paul supporter. I’m seeing if there was any video of the event to corroborate this charge, but this wouldn’t necessarily be a surprise. Harris is one of the co-chairs of the Gingrich campaign in Maryland despite the fact that Newt endorsed Wayne Gilchrest in 2008 – as did Ron Paul. (Harris denies saying such a thing.)

According to a more legitimate news report, Harris held the audience of about 120 in the palm of his hand by answering a number of audience questions but he wasn’t the only speaker or even politician there. Three members of the Worcester County Commission were in attendance along with four of their Republican Central Committee – pictured below is Derrick Smith of the WCRCC along with U.S. Senate hopeful Corrogan Vaughn (right), who also spoke at the event. 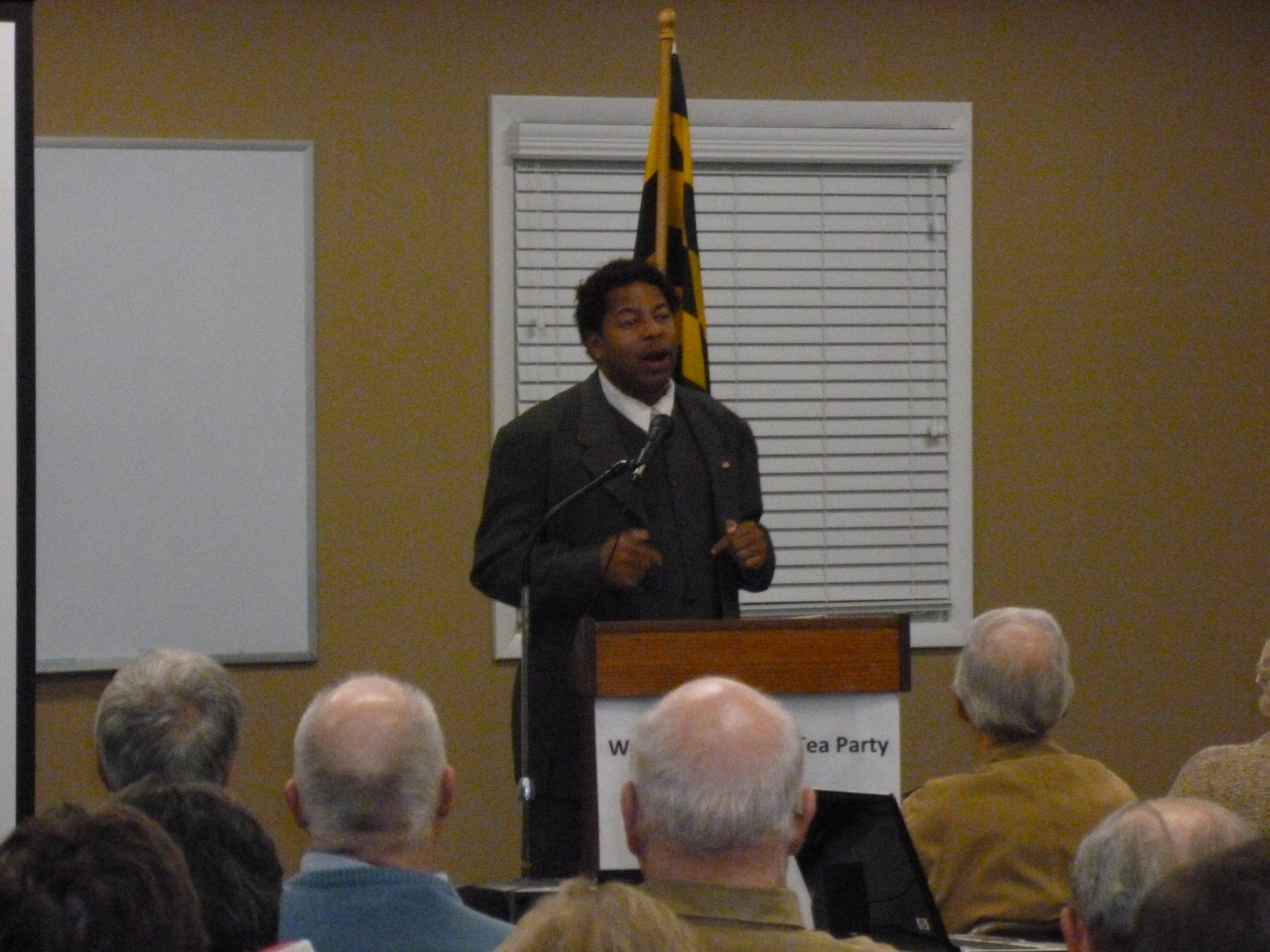 Stifler noted that he was “pleased to see that Vaughn had to wait a couple of times during his speech due to the applause from the crowd when he compared the Civil Rights Movement to that of the Tea Party, speaking for his family that worked directly with Dr. King.” (Vaughn is a godchild of Dr. Ralph Abernathy, who worked with the slain civil rights leader and was with him when he was assassinated.)

“Corrogan attests to the fact that both were Republicans and if alive today these men would be active in the Tea Party,” Stifler continued.

That’s sort of an interesting flip side when compared to the other groups who have adopted the mantle of the civil rights struggle, such as the gay rights movement. Moreover, the TEA Party isn’t necessarily about adopting new rights but re-establishing the God-given ones we are granted in our Constitution. 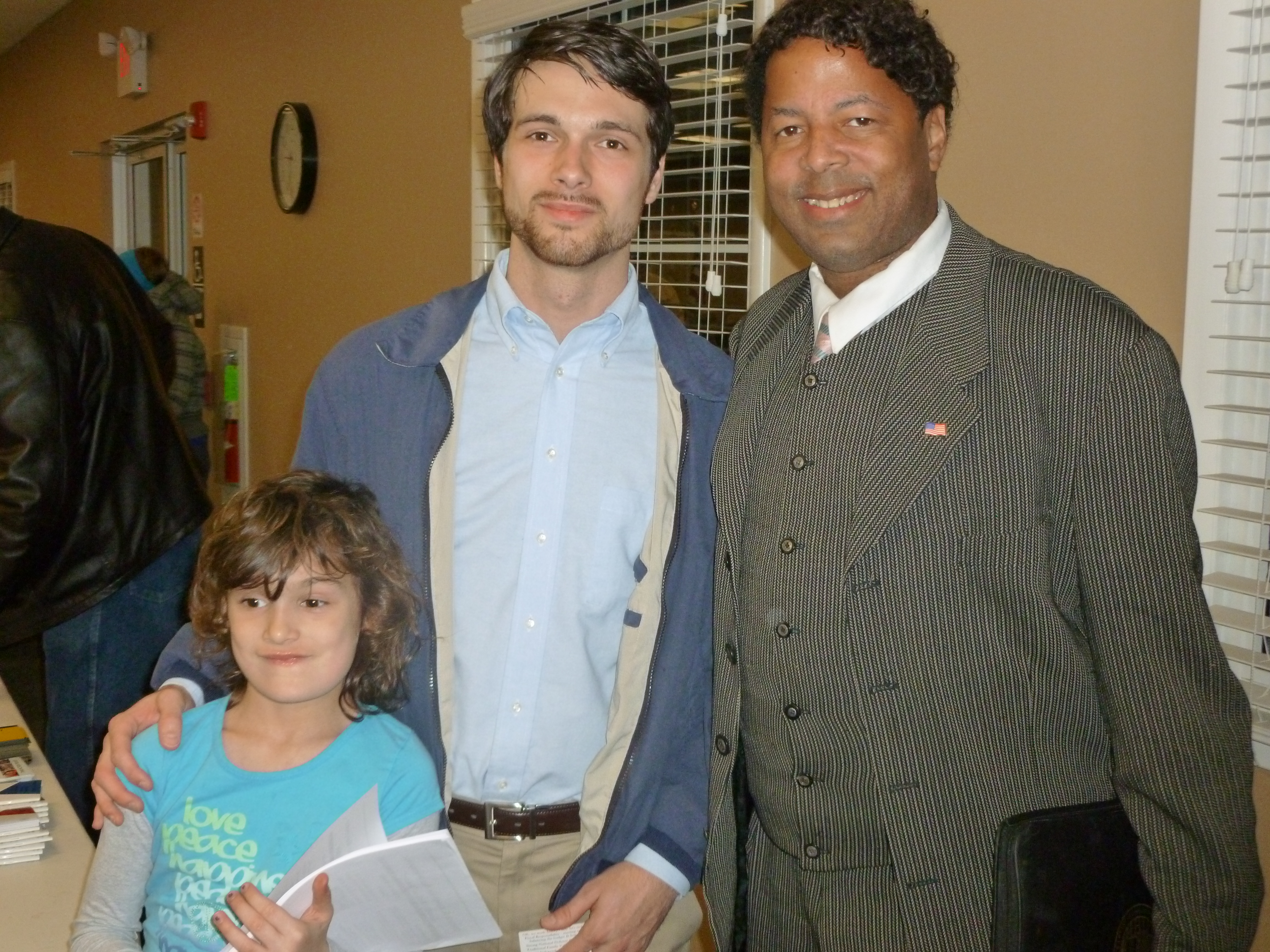 This meeting won’t be the last for the Worcester County group. Based on the interest from the first go-round, their next meeting will be Friday, February 17, once again at the Ocean Pines Community Center. 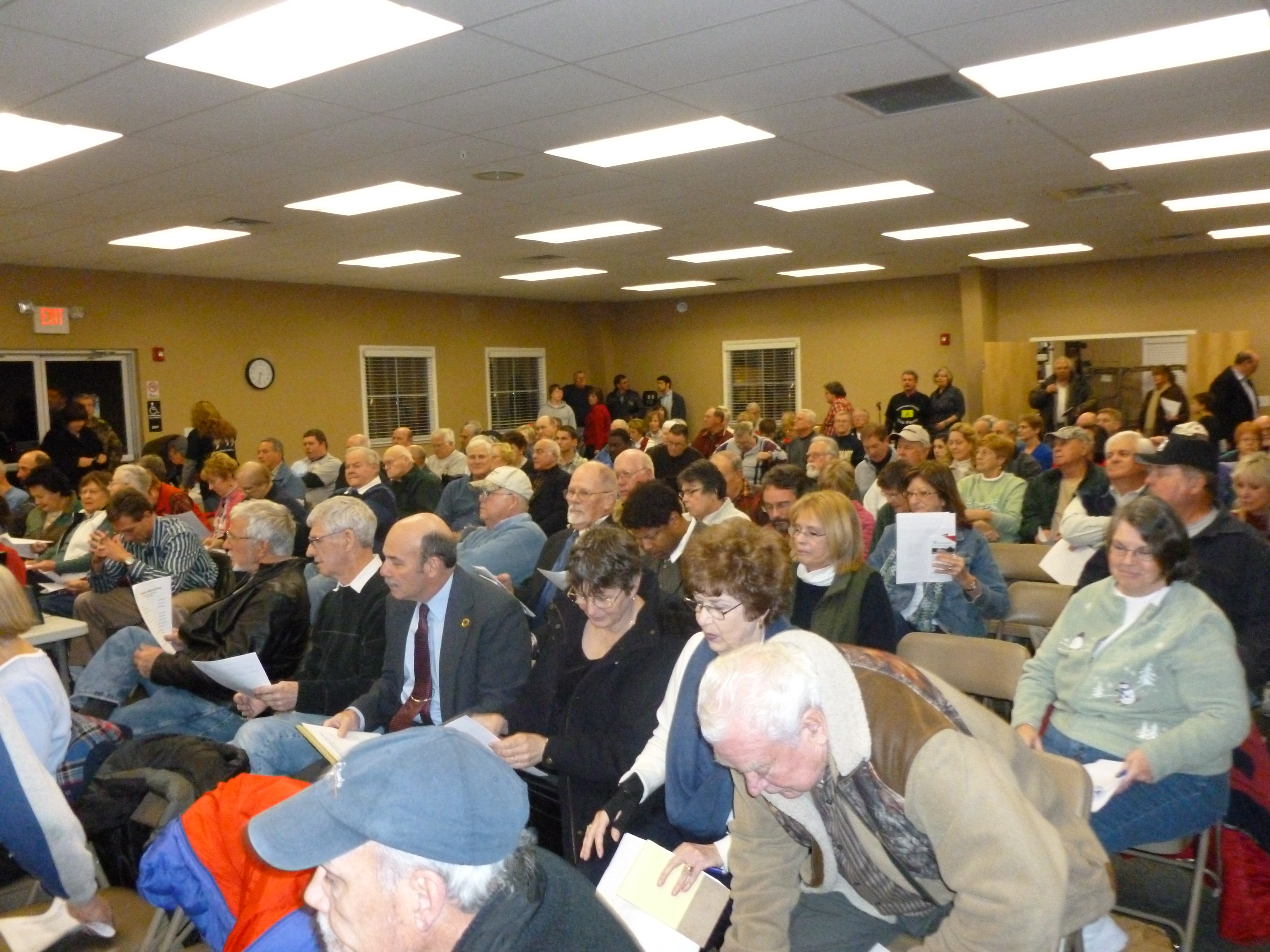 I can’t close, however, without at least quickly addressing the snide remark in the newspaper about the lack of younger people at the event. It isn’t surprising coming from the media, but to be perfectly honest an older crowd is rather typical of the composition of the average TEA Party meeting. But as long as there is at least some interest from a small group of younger people it’s progress, given the vast majority of those under 30 who voted for Barack Obama. Perhaps the economy and dread of a future where they can’t succeed as their parents did is beginning to bring them around to the right way of thinking.

Another upcoming event on the opposite end of the Shore which doesn’t yet feature Vaughn but already has six of his opponents as confirmed speakers will be sponsored by the Cecil County Patriots and Americans for Prosperity on Thursday, January 26 beginning at 7 p.m. It will be held at the American Legion Hall located at 300 Cherry Street in Perryville, and the public is invited to attend.

Questions for the forum can be submitted to info@cecilcountypatriots.com. For more information, please visit the Cecil County Patriots website or call Jackie Gregory at (410) 620-7667.

Update: According to Gregory, Vaughn will be participating in the event.

One thought on “Worcester County has some TEA”