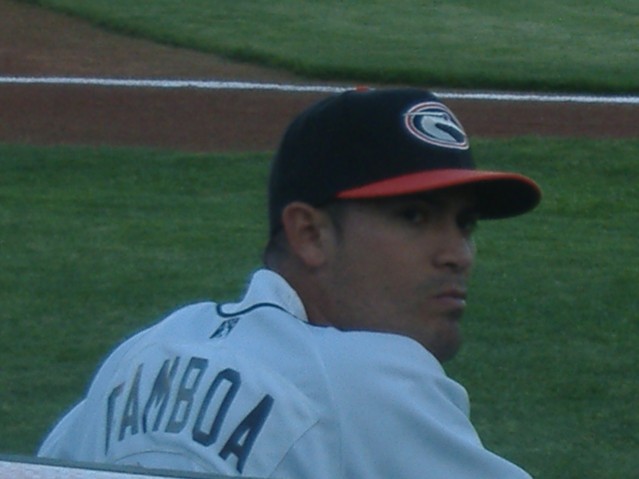 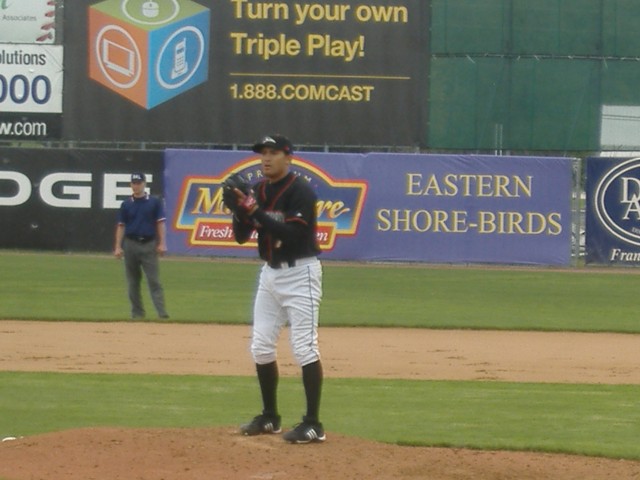 As successful as the Shorebirds’ pitching staff has been this season (for the most part), I could have picked almost any member for this week’s SotW honor. Maybe it’s the fact he wears the number I did when I played in Little League, but Eddie Gamboa has put up some impressive numbers thus far in 2009.

While he wasn’t picked until the 21st round of last year’s amateur draft out of the University of California-Davis, Eddie put up decent enough numbers at Bluefield (despite just a 1-7 record) to merit the promotion to a full-season club. Perhaps the saving grace for the 24-year-old Californian was his allowing just 14 walks in 62 innings pitched, which gave him a solid WHIP of 1.26 – about average for a good pitcher. Regardless, this may be the full-season tryout for Eddie as he bids to move up the Orioles ladder.

So far in 2009 Eddie’s performed well in the SAL. Performing primarily in long relief, Gamboa is 2-0 with a 1.35 ERA and has a WHIP of 0.90. Both runs he’s given up so far have come from solo home runs; otherwise Eddie has managed to keep the Shorebirds in those games he’s pitched in. Top among those was an outing where he allowed just 1 hit in 4 innings against Lakewood on April 27th.

As pitchers move up and down the system, don’t be surprised if Eddie gets another chance to be a starter before the season is out, regaining a role he had last season in Bluefield.